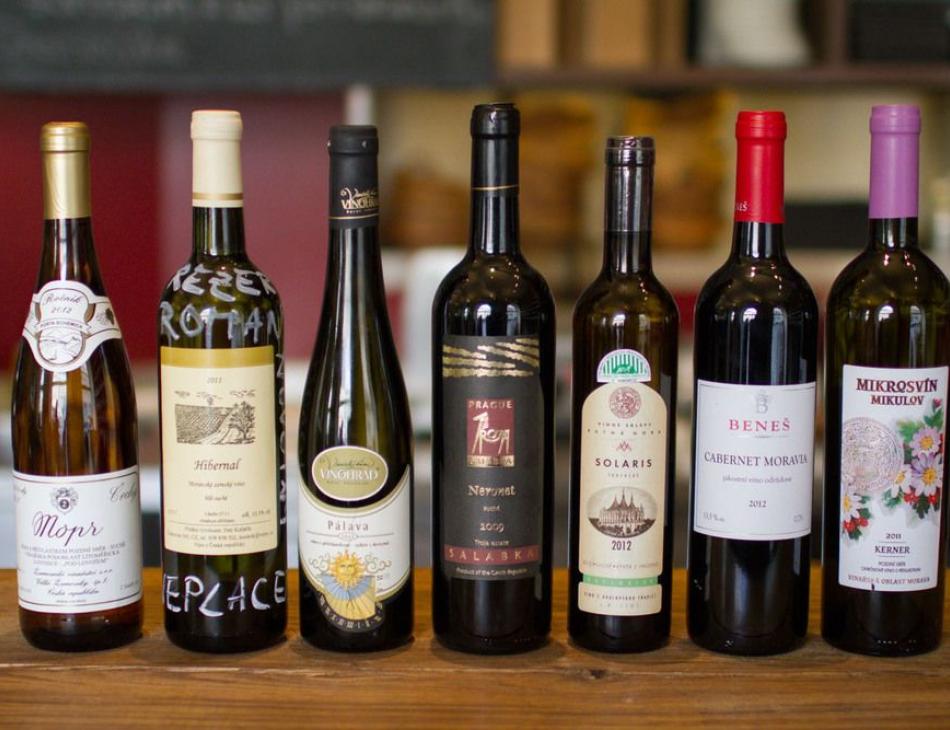 Elusive but increasingly high regarded wines from the Czech Republic were on show aplenty at the Czech Embassy in London’s Notting Hill late this April, with a ‘Wine Day 2022’ held showcasing ten wineries from the nation. And, marking the event this year an ambitious new project was kicked off along with Cordoba Worldwide, to put wines from the country on map in the UK.

An exclusive partnership has been struck between the UK Embassy for the Czech Republic, Czech Trade and Cordoba Worldwide to develop of food and beverage trade from the ‘V4’ nation within the UK.

Winemakers and representative were on hand in west London to bring Czech wines to life and explain the intricacies of their terroir, varietals, appellations and production methods. Having sampled Czech wine myself on trips to Prague as well as other cities like Brno, Ostrava and Pilsen I can vouch for their quality. The quality is also being recognised from at international wine competitions from San Francisco to Vienna and Brussels to London.

With the bulk wine produced in the Czech Republic historically consumed within the country, the latest initiative has been launched to drive interest and awareness in the UK predominantly. Most of the wine production tends to be found close to the Austrian border in southern Moravia - but some can be found in Bohemia - and production volumes over recent years have been limited exports to British shores. But it is hoped this situation may change going forward.

Paul Wilkins, Managing Director of Cordoba Worldwide based in London, commenting said: “The Czech Republic offers an untapped resource of high-class wines, where traditional practices are being spliced together with the latest modern techniques by the next generation of wine makers. The category offers potential to excite and intrigue the UK’s adventurous and discerning drinkers.”

He added: “The event on the 28th (April) is just the beginning and we have further activations planned to put Czech wine well and truly on the map in the UK.”

As to their pedigree, Czech wine makers have been winning a slew of gold, silver and bronze medals at international wine shows. But then one has to appreciate that grapes have been grown and wine has been made in the Czech lands since the second century, with most records dating back to the 11th century. The country is simultaneously an 'old world' wine region and a 'new world' wine region.

Czech Wineries who attended at the Embassy tasting event on the 28th April included:

A family-owned boutique winery in Mikulov, South Moravia, Winery Fučík was established in 2014 by Mr. Petr Fučík., although the Fučík tradition of agriculture and viticulture dates back to the 19th century.  The progressive winery focuses on natural, high-quality wine production with minimal human intervention.

A family winery situated in the village of Němčičky since 1898. Today, the fifth generation of winemakers specialises in the Frankovka variety, which has been the top variety in the region for 300 years thanks to its specific soils. Red but also rose and white wines are produced from the Frankovka variety at this winery. The grapes for the wines are grown organically, in harmony with nature in Němčičky, a picturesque village aka ‘the village of nine valleys’ thanks to its undulating topography.

Cultivating 430 hectares of their own vineyards to ensure absolute control, quality and consistency, the innovative winery produces around 800,000 bottles per year from their new, architecturally sublime winery in Dobšice.

A family winery with over 130 years of winemaking heritage, the winery produces organic, especially attributive wines made from traditional grape varieties ripening in the best-situated vineyards in Němčičky.

Based where vines have been grown for centuries in Moravia, the ideal conditions for growth were created by the south-facing slopes and a pleasantly warm climate with plenty of sunshine. Such conditions were embodied by the name given to this area: Sonnenberg; or ‘Sunny Hill’. The winery was founded in 2003 with a vision to use this historically proven location to grow the highest quality grapes, which would be transformed into the best wines in the Czech Republic.

A small family winery where vineyards have been cultivated for generations. Dating back to 1850, Svoboda Winery produces wine made using traditional processes. Based in Velke Bilovice, with 10 ha of vineyards, Mr Svoboda specialises in quality over quantity. Winery Svoboda is represented by Wines of Bohemia Limited in the United Kingdom.

Thaya is one of the most progressive wineries in the Znojmo region in the Czech Republic. Located near the border with Lower Austria, the winery has a deep respect for nature and grows its own grapes on 105 hectares of its own vineyards. The grapes are given great care and interference and production is minimised.

Volarik is situated in a picturesque town Mikulov, in South Moravia, with the 80ha of their own vineyards located mostly on Palava hillside. The most popular varieties used are Welschriesling and the unique Czech variety Palava. Volarik winery has built a reputation for its high quality.

Located in the beautiful and romantic Bzenec castle built in a pseudo-Gothic style, Winery Zámecké Bzenec has continued the heritage of the castle by still producing wines in the castle cellars to this day.The first sparkling wine in Bohemia and Moravia was produced in 1876 in the Bzenec chateau cellars.  Adhering to traditional principles including the gentle handling of grapes, together with its sister company Mikrosvín Mikulov Winery, they  carefully cultivate over 500 hectares of vineyards.