DIVING INTO BAHRAIN'S PAST

Compact and bijou, Bahrain is an Islamic nation balancing heritage and modernization, with a cosmopolitan outlook. 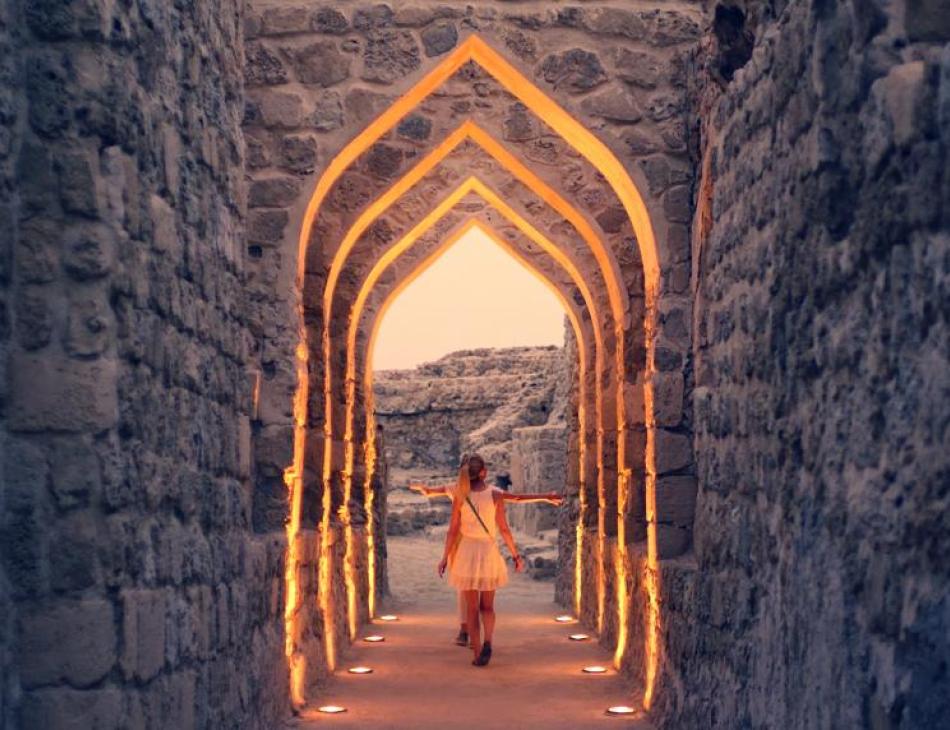 Stepping back in history at Bahrain Fort

Vintage sepia photographs, part of a permanent display dedicated to the history of ‘pearl diving’ at the Bahrain National Museum, was an ideal starting point to understand this cultural heritage. Displays give an insight into the design of the timber Dhows, the basic dive equipment used and of course the men who crewed the boats for months at a time. The few grainy images available, show every muscular sinew visible across the diver’s torso, created from a life below the waves, and based on a diet of fish, dates and rice.

Standing aboard a small motorised yacht, squeezed into dive suits, surrounded by all the modern paraphernalia of seafaring, ready to head out in search of ‘Pearls’ was, of course, some way off the experiences of the original Bahraini Pearl Divers; even if one only stepped back to the early 20th Century, comparatively recent history, for an industry that can be traced back 4,000 years.

However, where our two worlds collided, was the frisson of excitement created, when diving for and ultimately opening an Oyster shell in pursuit of this most coveted and lustrous gem, a feeling which cannot have changed across millennia. Similarly, the symbolism of owning a ‘natural pearl’ formed part of the magnetic pull to the oceans, for all those involved.

In earlier times, Bahrain served as the centre of the World’s pearling trade, Bahrainis have been diving for pearls for thousands of years. It was a main industry here, right up until the 1930’s when the discovery of oil and the arrival of the ‘Cultured Pearl’ from Japan, combined to consign this unique tradition to a bygone time.

Today, Pearl Diving forms a key part of the Island Kingdom’s cultural identity, and a means for visitors to delve into Bahrain’s heritage, both off-shore and along the ‘Pearling trail’; the collection of sites, in the former capital ‘Muharraq’, was inscribed on the UNESCO world heritage list in 2012. The narrow alleyways of white-washed facades, and heavy-set carved wooden doors, serve as a portal linking this rich heritage with a new cultural future.

The majestic ‘Dhow’ boats, would have left the coastline to some fanfare, with the crew’s singing Bahraini folkloric songs led by the chants of the ‘Nahkam’, following the regular beat of the drum, an instrument still prevalent in the music of Bahrain to this day.

We set out from Bahrain Yacht Club’s marina, following a specific curved channel to avoid the reefs and shallow water, to an area south of the Amwaj Islands. A strong breeze, created a lively surf, which crashed into the hull of the boat throwing up salty spray. The name ‘Bahrain’ derives from two Arabic words (thnain Bahr) meaning (two seas) which refers to the existence of fresh water springs located under the sea bed. This phenomenon is believed to be responsible for the unusual lustre of Bahraini pearls.

After a 15-minute journey, covering 8km, our pearl diving guide, Ahmed El Helaly motioned for the boat engines to be put in neutral, as he peered into the water, before indicating we were at the location. The anchor was dropped, engines switched-off and the lapping of the water against the hull was the only audible sound. In former times, Ahmed would have been known as the ‘Nokhatha’ or captain, who earned his position by his expertise at finding the best pearling banks, called ‘Hayrat’.

With the winds picking-up, our Captain quickly put his flippers, tank, mask and weight band on. He slipped a yellow net-bag under his belt before arching back and falling into the water. As we waited for the diver to resurface, thoughts returned to the national museum, showcasing the original equipment used by his predecessors. Dive suits would have been replaced with a cotton sarong-style cloth, the mask with a ‘Fetatn’ nose clip, gloves with ‘Khabat’ finger mounts, to protect against sharp coral and then stones were tied to the waist. Finally the ‘Dayyeen’, a net basket, strung from the neck would have signified the diver was prepared and ready to go.

Some minutes later, our Nokhatha, appeared from the depths, his net peppered with a handful of oysters. Back on-board he explained how the pearls are created: “natural pearls form when an anti-body, some form of parasite, manages to work its way into the Oyster’s hard shell” he said holding the freshly collected oyster up to the sunlight. “Like our own bodies, our defence mechanism kicks-in and the Oyster secretes a fluid that is used to coat the irritant, called ‘nacre’; the continual layering of this coating gradually forms the orb like pearl in the shell” he continued.

With our turn imminent, we all prepared masks, snorkels and weight belts. Gingerly, we entered the water, the Nokhatha now became our dive guide, leading us to the seabed; in former times the diver was known as the ‘Gais’, but his life depended on the ‘Saib’ his rope-tender, who was responsible for pulling the diver to the surface at the right moment and quickly enough to prevent drowning. The Gais would dive around 8 times in 15 minutes, in depths of 9-12m, from dawn until dusk.

With visibility near to zero and after just two attempts, it was decided to leave the Nokhatha and his breathing apparatus to collect the majority of the molluscs.

The strong current played a game of tug-of-war with our limbs, but once back on-board we traced the location of Ahmed from the bubbles piercing the surface at regular intervals; after 20 minutes below the surface he returned to the boat, with a net full of Oysters; “this is where the hard work really starts” he stated, pouring several kilos of shells onto the deck, before handing each of us our own oyster-opening knife.

“Find the softer, muscular edge of the Oyster, wiggle the knife until it enters the shell and then start to prise it open” Ahmed explained, easily flicking shell after shell open, as we sat around his haul. The process took some time, but gradually the group were in the swing of it. “Make sure you search the shell with knife and fingers, the muscular tissue inside, can hide the smaller pearls” he continued.

After 40-minutes of prising and searching, no one had found that illusive pearl, but we had at least followed in the footsteps of the Ghawwas (divers). Before returning to our hotel, we continued to retrace Bahrain’s famous pearling trail on Muharraq Island. It encompasses 17 listed buildings, including a fortress, residences of wealthy merchants, shops, storehouses and a mosque.

The aptly named ‘Merchant House’, the new Campbell-Gray boutique hotel, was our home in the city. The concierge had arranged our dive trip, but as they had intimated our best chance of finding pearls, was moments away from the hotel within the ‘Manama Souk’s’ warren of alleyways. But for us it was about the journey and our opportunity to dive into a unique Bahraini legacy!

-Ramy Salameh stayed at ‘The Merchant House’ Hotel - Rates start from 119 BHD (approx. £240) per room per night including breakfast. For more information go to www.campbellgrayhotels.com 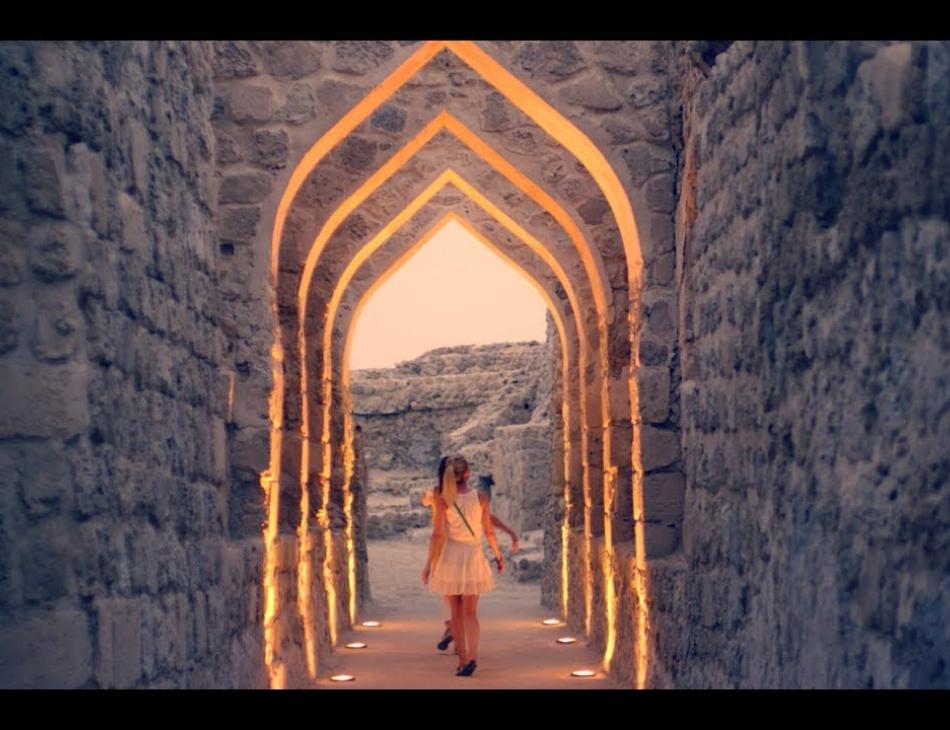 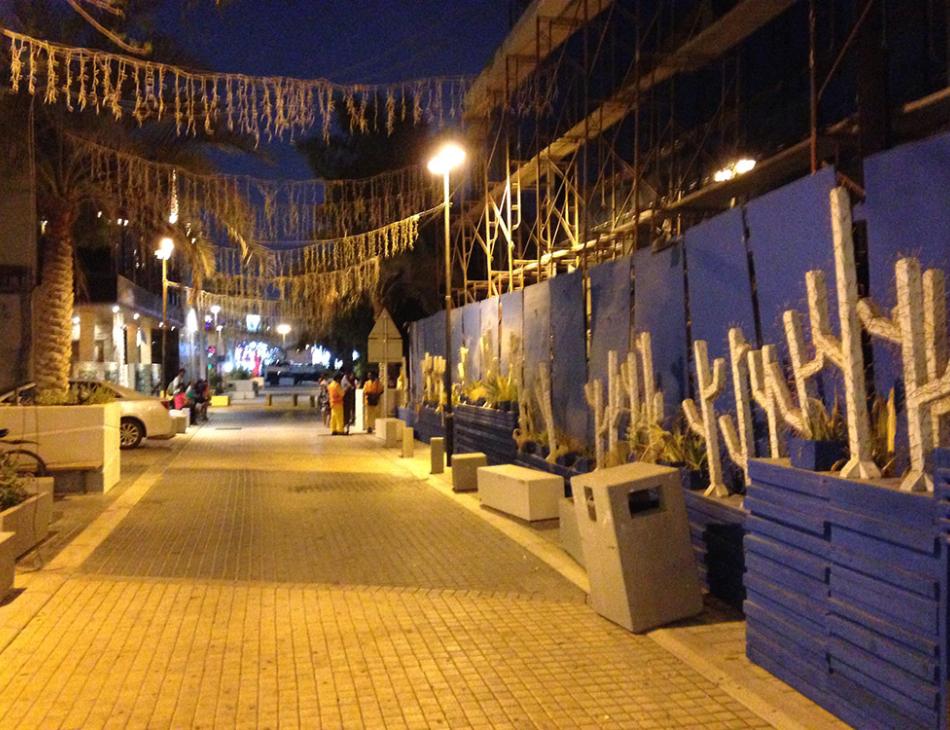 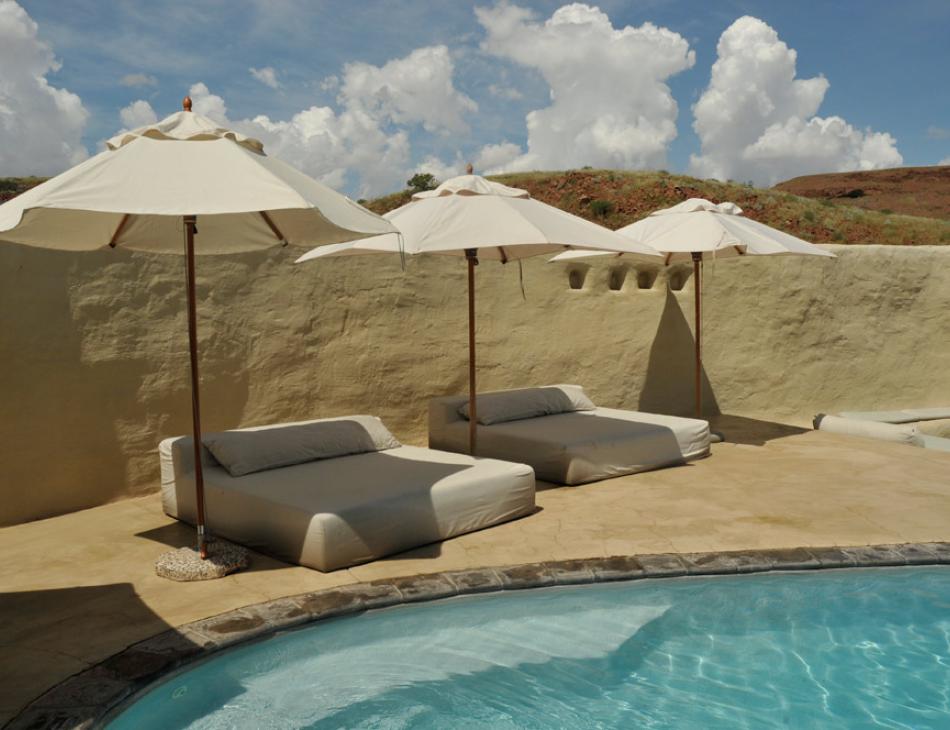 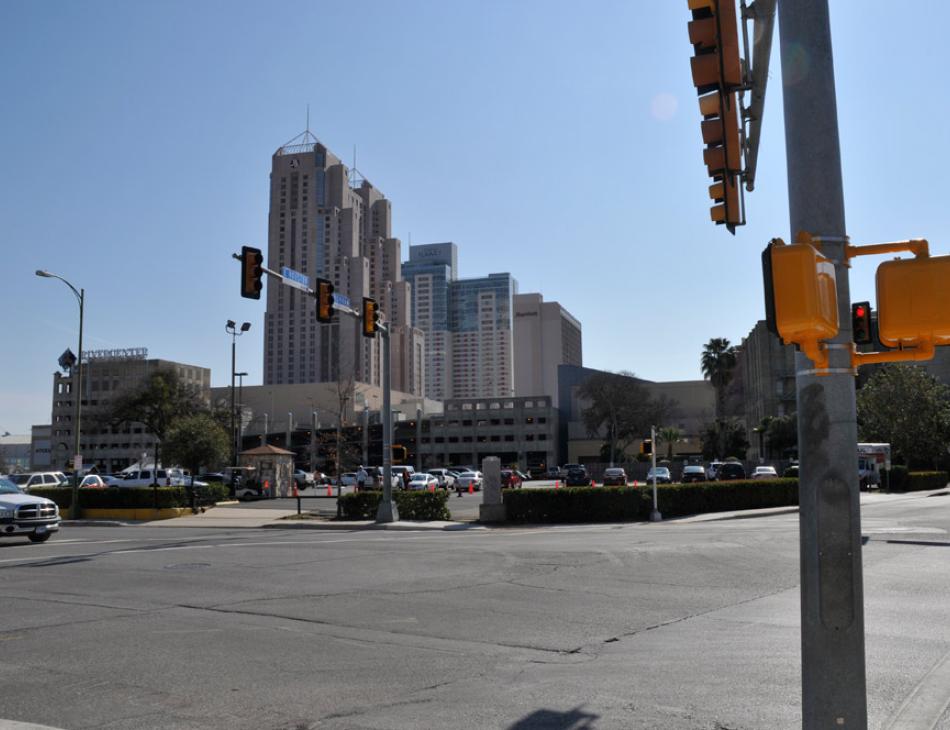 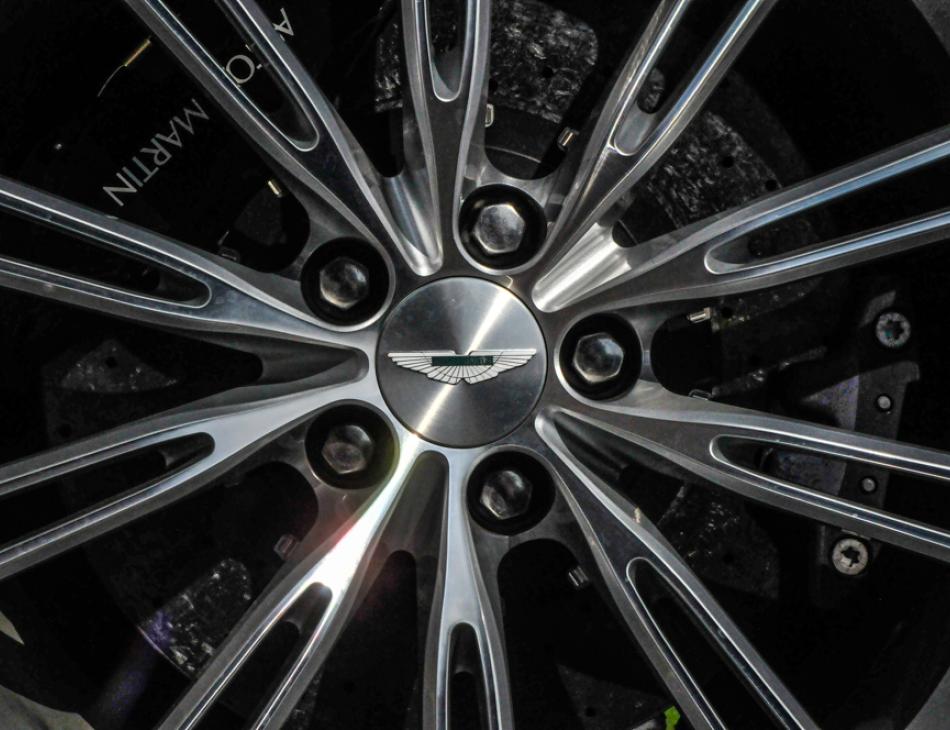 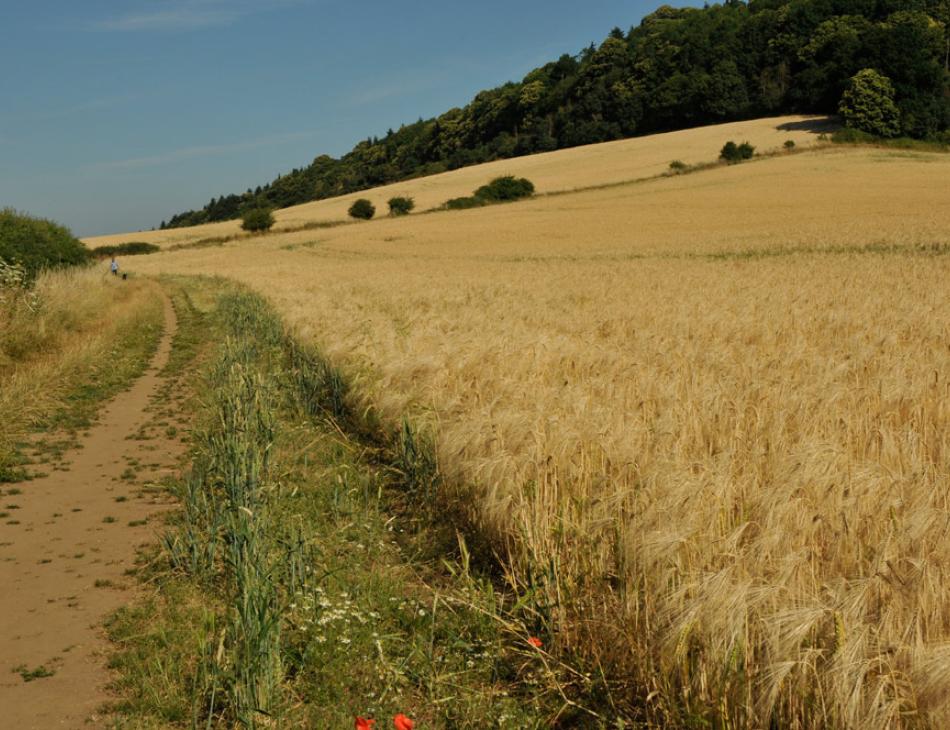 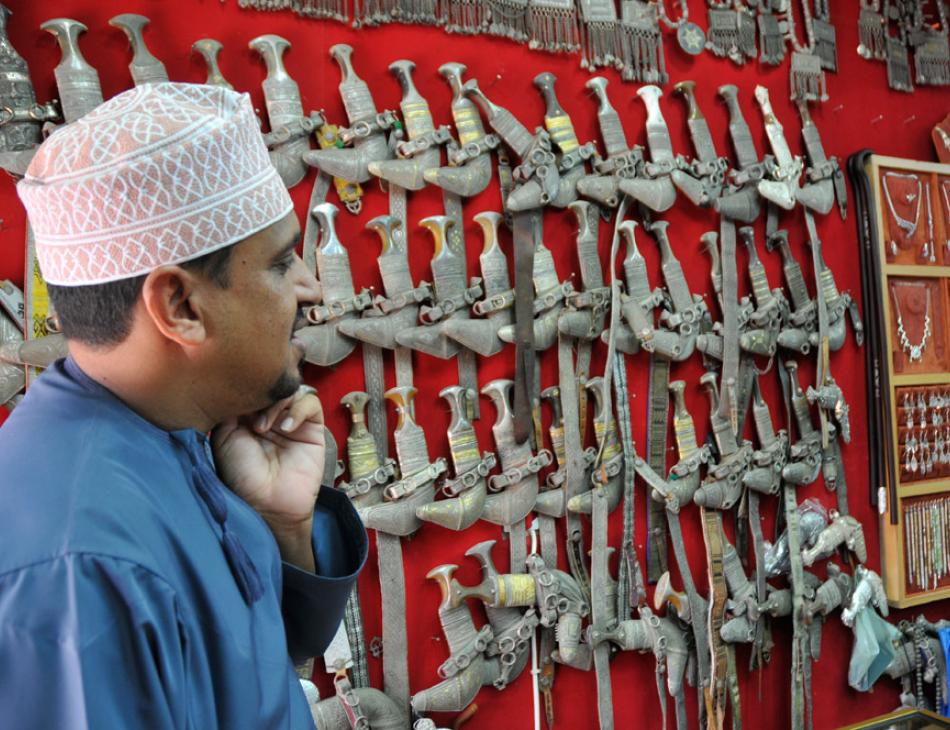 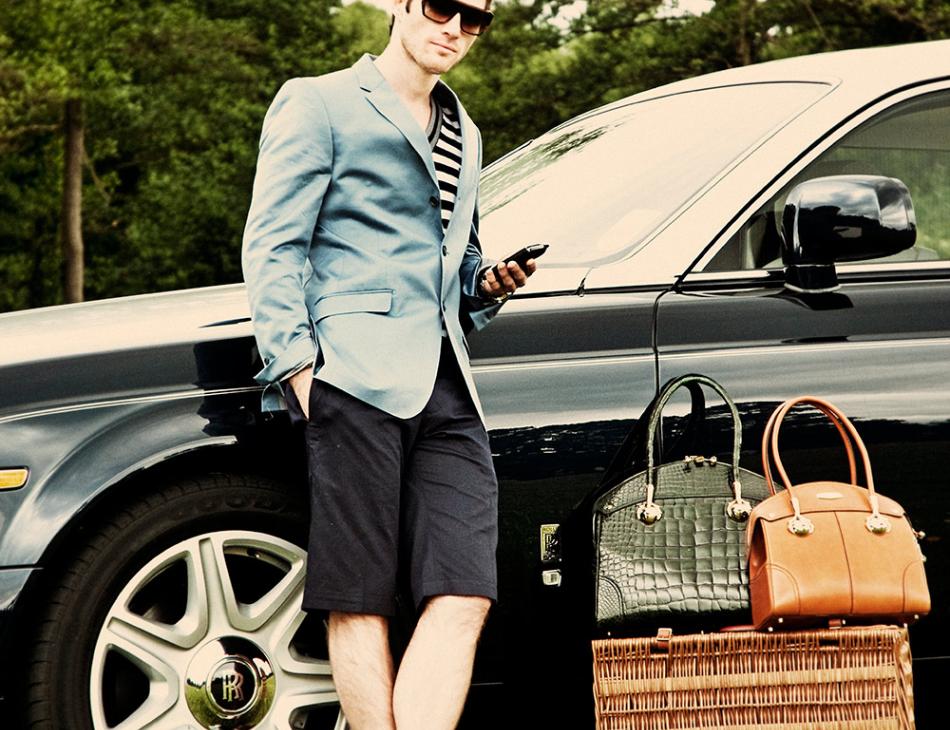 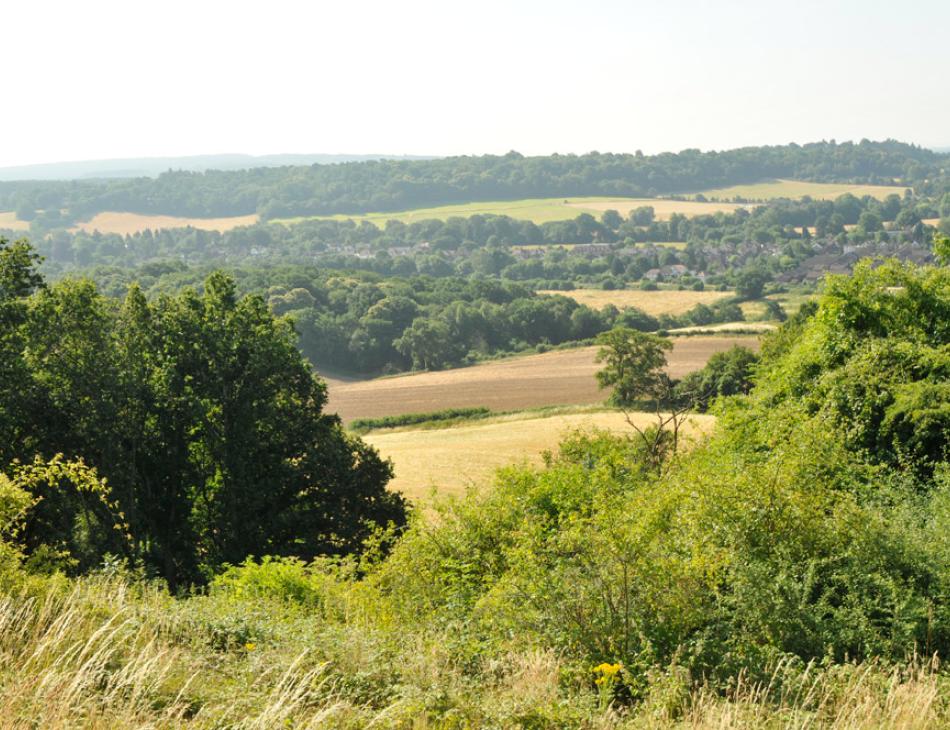