From war-torn to enigmatically vibrant, Sarajevo is a unique weekend break destination offering a modern culture reflecting ‘East and West’ and marked by a tumultuous history. 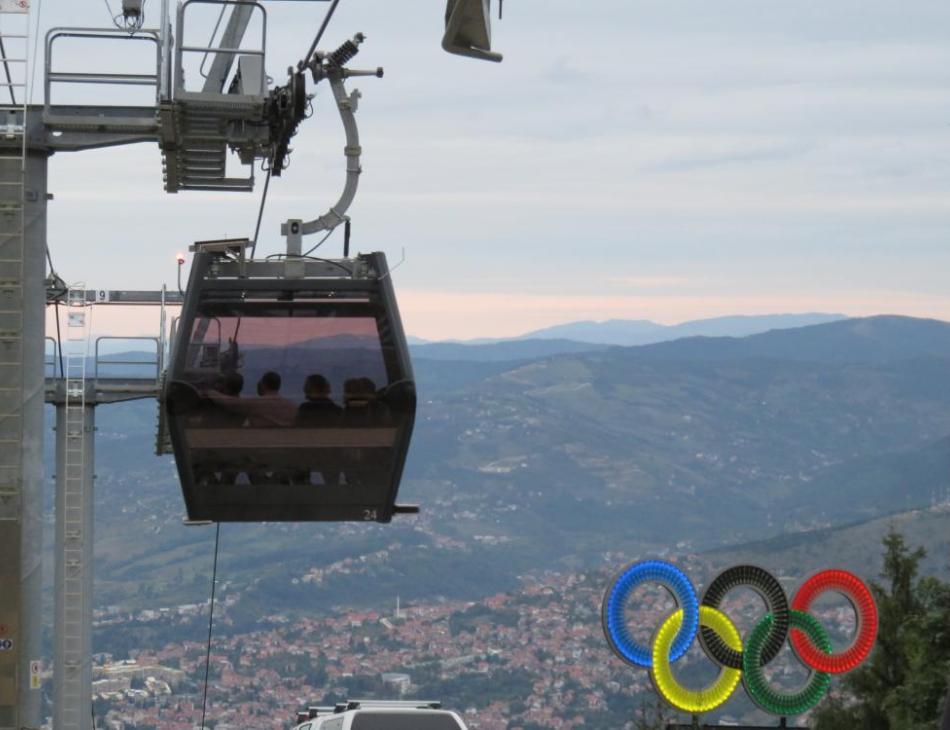 “Pyjamas” replied the guide (who lived through the Bosnian-war 1992-1995) when asked what does ‘Peace’ mean to you? Her single-word answer encapsulated daily survival amid war; a frightened teenager, who during the four years of conflict, had worn her clothes to bed anticipating the need to escape the bombardments which characterised the siege of Sarajevo. Being able to wear her night clothes represented the end of hostilities, “peace without fear” she added, during our visit of the ‘Tunnel Museum’ located beside the airport and Mt. Igman, one of several mountains surrounding Sarajevo, creating a basin-like topography which helped concentrate the shelling so easily.

The Bosnian war and resulting ‘Siege of Sarajevo’ left a lasting legacy across the city in several war-focused museums, the pockmarked buildings and shell-scarred pavements (some now filled with red resin and known as ‘Sarajevo Roses’ in memoriam). Maybe the most poignant remains ‘The Tunnel of Hope’; the museum preserves a 20-meter stretch of an 880-yard underground passage, which citizens hand-dug to create the only route from the besieged city to the outside world where food, medical and war supplies could be burrowed back in, along with much needed hope and humanity.

Whilst for many, the name ‘Sarajevo’ still conjures-up TV images of a war-torn city, reported directly to our living room’s in the 1990’s, it also provides other seismic historical markers, such as the spot just beyond the 16th century Latin bridge where Archduke Franz Ferdinand (1914) was assassinated, precipitating the First World War. Or even watching ‘Torvill & Dean’ win gold at the Sarajevo Olympic Winter Games in 1984, all forming part of the unique narrative that is creating a new wave of interest in Sarajevo and Bosnia-Herzegovina. This wave of interest has been boosted by a new three-times-week service with FlyBosnia from London Luton Airport, representing a new link between the two countries, the first after a decade.

War, of course, is not the only focus of this multi-cultural city. The only ‘rat-a-tat-tat’ you will hear today, is from the coppersmiths in ‘Bascarsija’, the old town founded by the Ottomans in the 15th Century. From the famous symbol of Sarajevo ‘Sebilj’ (a kiosk-shaped fountain) one walks in the shadows of Minarets, Orthodox-Christian domes, Catholic Church Towers and Jewish Synagogues propagating their religious rituals simultaneously. Fondly referred to as the ‘European Jerusalem’ this compact quarter holds many of Sarajevo’s museums, important historical edifices, cafes and restaurants, whose signature aromas of grilled meats ‘Cevapi’ and strong Bosnian coffee, swirl around the bazaar-like labyrinthine streets .

A network of trams loop around the old quarter, running east to west and often in parallel to Miljacka River, which bisects the city. Trams provide an economically atmospheric way to pass major sites, but to really discover the city's hidden gems, one must and can easily explore on foot. Bascarsija gives a real sense of Sarajevo's Ottoman foundations and former importance as a meeting-point for traders and travellers passing through. The ‘Morica Han’ caravanserai (travellers inn) building still attests to this, as does a stone vaulted bazaar where kilim carpets still drape across the entrances to stalls and copper coffee kettles are still sold, both so important to the culture of daily life for centuries.

The bazaar sits beside Ferhadija Street, where the Ottoman and Austro-Hungarian architectural worlds collide; a compass printed on the pavement urges one to swivel between the two styles pulling the eye in each direction. The bazaar was created by the ottoman governor Gazi Husrev Bey and part of the Taslihan caravanserai, whose many landmarks pepper the area including his mosque, the most important Islamic place of worship in the country.

Amongst the historical, Sarajevo’s modern future is palpable through new and quirky craft beer bars and breweries, contemporary restaurants and regular festivities headlined by the annual ‘Sarajevo Film Festival’ shining a light on Southeast European films to a global audience.

This year Sarajevo hosted the ‘European Youth Olympics’, the first time a major sporting event has returned to the city since the winter games in 1984; vestiges of those games appear in unlikely places. Locals and visitors alike can now ascend Mt. Trebevic by gondola since it’s re-opening in 2018, providing the city with adventure sports, clean air and city-wide views and in Trebevic’s case a glimpse through the dense pine foliage of the old Olympic bobsledding track, scarred by war and illuminated by graffiti-art, it snakes beside a walking trail that leads back down the mountain.

On another hill, on the eastern elevation of the Sarajevo basin is ‘The White Fortress’, a national monument built on the site of a medieval fortress from the mid-16th century.  Reincarnated with heavy white stone blocks during the Austro-Hungarian period, these and many other lofty perches peer down upon the city and there is always one building above all others that stands out – Sarajevo Town Hall ‘Vijecnica’. Re-opened in 2014 after restoration, having been targeted by incendiary shells in 1992, the building returned to its pseudo Moorish beauty envisioned by architect Alexander Wittek when it opened in 1896.

A longer weekend stay would allow visits to the historic UNESCO-listed Museum of Woodcarving in Konjic, one of the country's oldest towns, and then onto Mostar. Either travelling by road or rail will guarantee some dramatic scenery, alongside the turquoise and fast flowing Neretva River through rocky gorges and verdant landscapes, where white-water rafters and mountain bikers can be seen making the most of the geography, before Mostar hoved into view.

Famed for the centuries-old tradition of diving from the Stari Most, the former 16th century Ottoman bridge, another monument rebuilt having succumbed to the Bosnian conflict, is the star attraction. Viewed from every imaginable nook and cranny, the bridge and brave divers is best viewed whilst being whizzed across the river by zip-wire, a newly created adventure.

Like much of Bosnia-Herzegovina, a new confidence and future, has been gradually rebuilt alongside many heritages over past decades. Now it is time for the country to turn their dark periods to light.

Visit Sarajevo (visitsarajevo.ba) – the latest travel information within the city

FlyBosnia (flybosnia.ba) offers a range of direct flights to Sarajevo 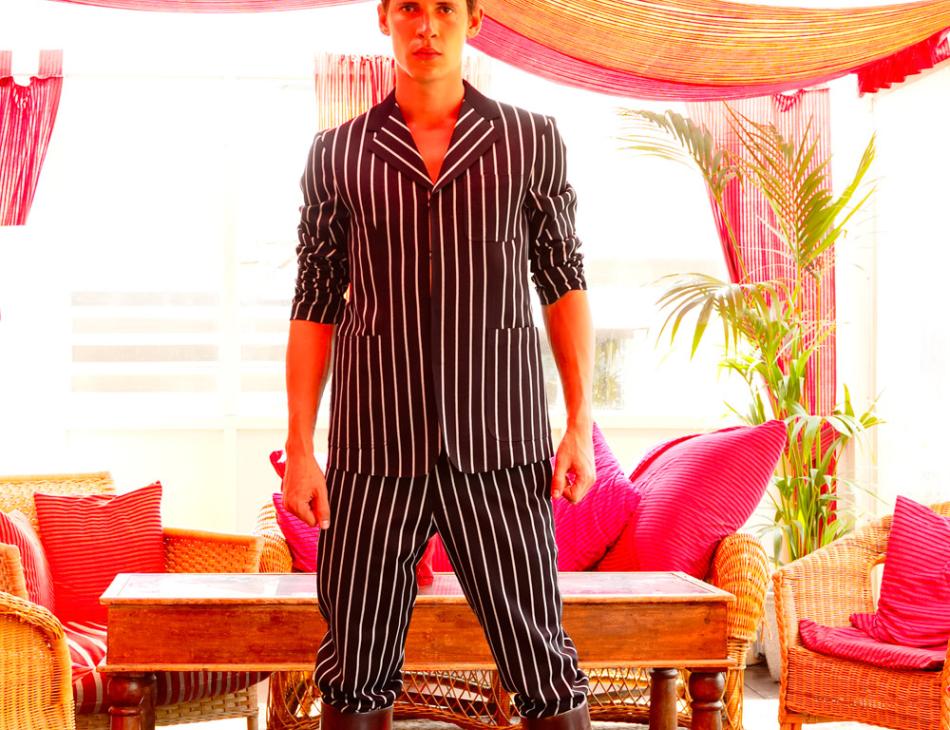 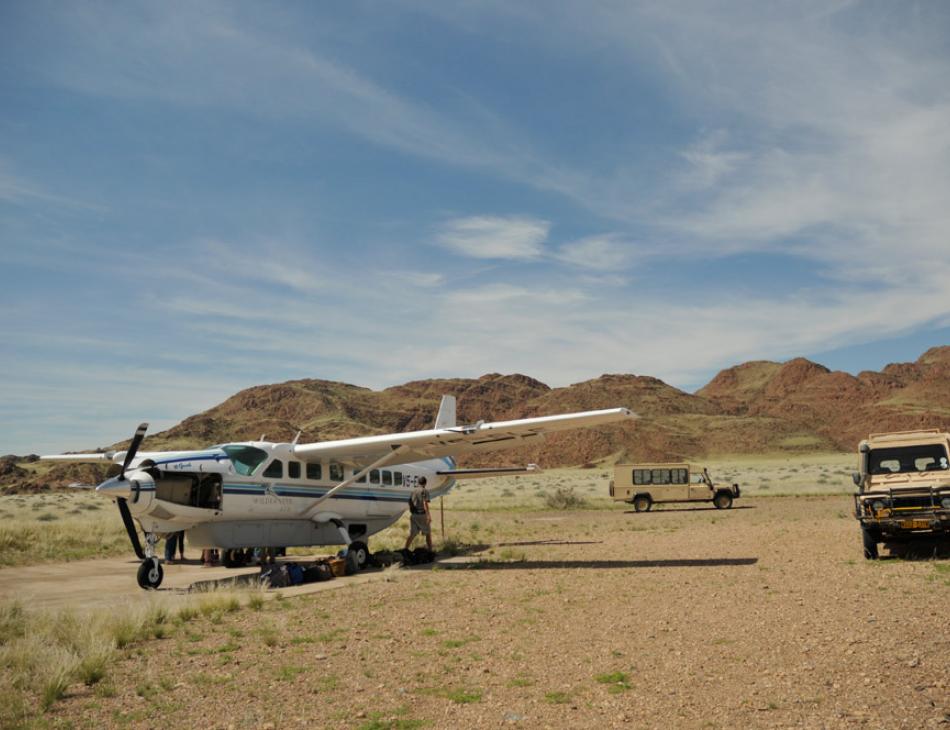 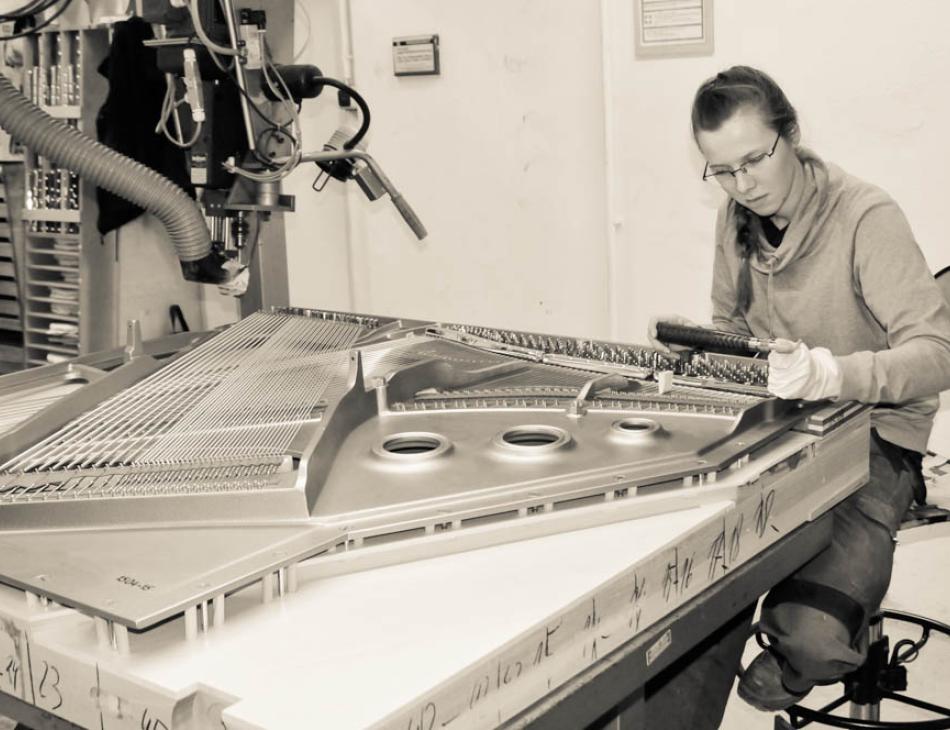 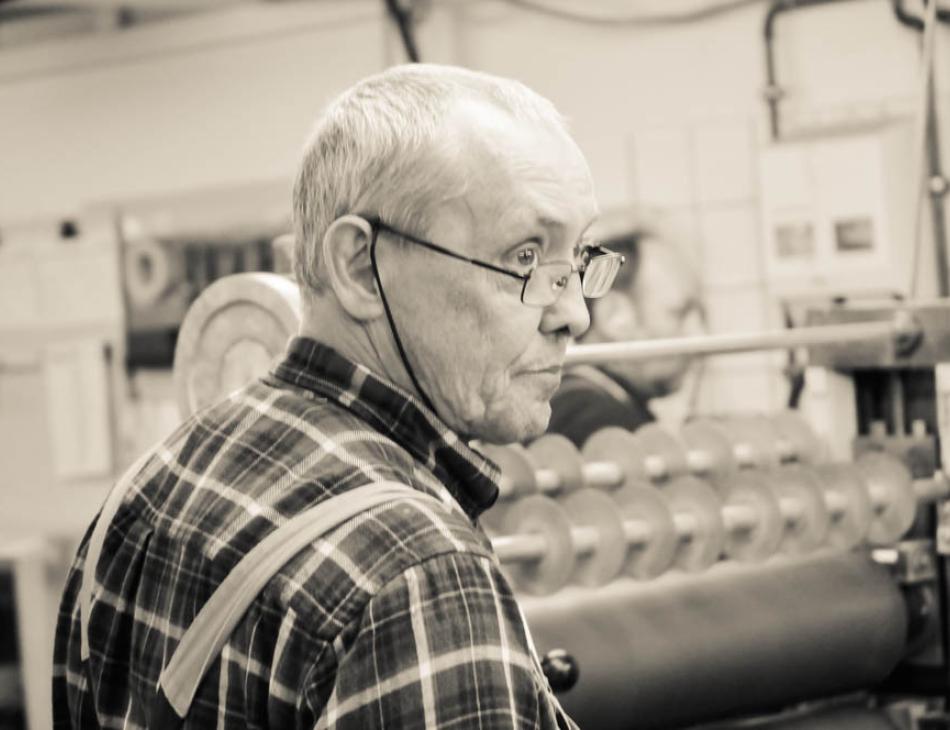 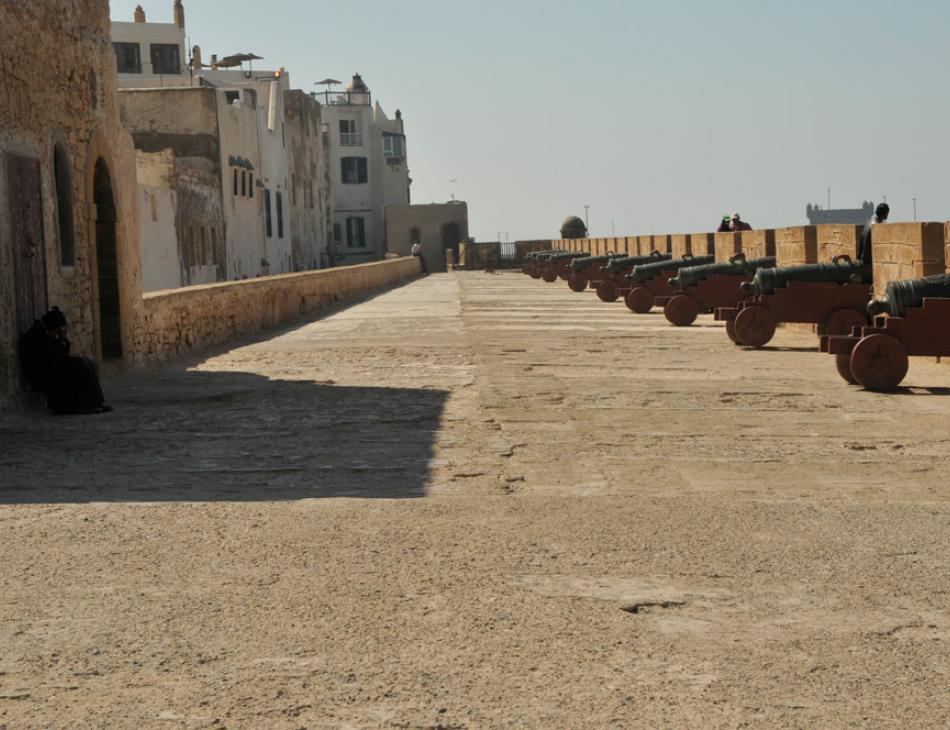 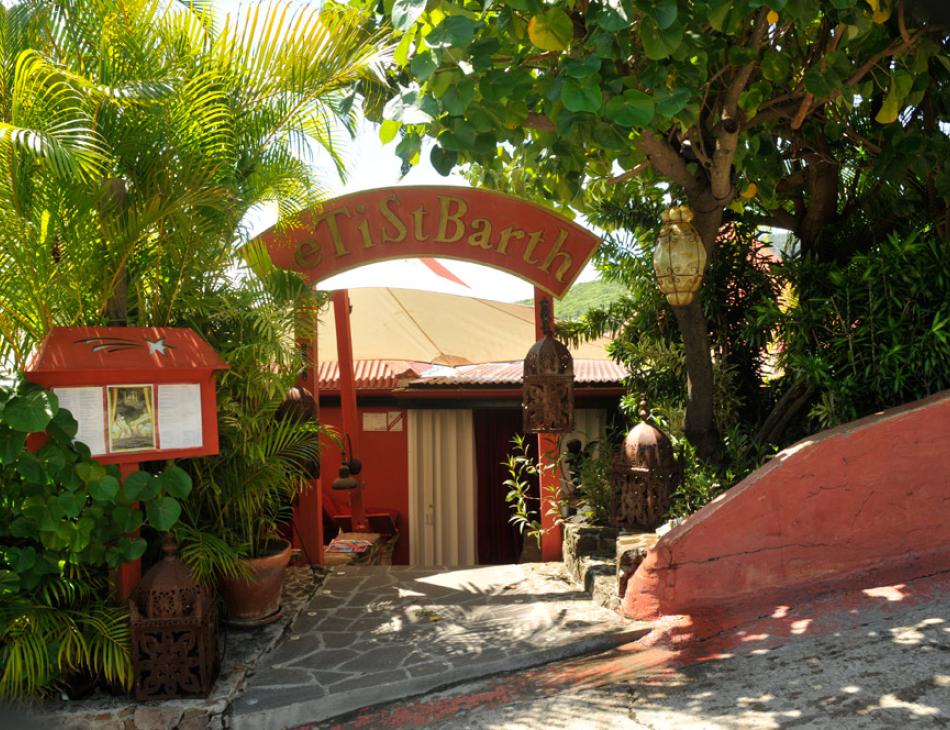