Luxury travel on the southern shores of Kefalonia in Greece 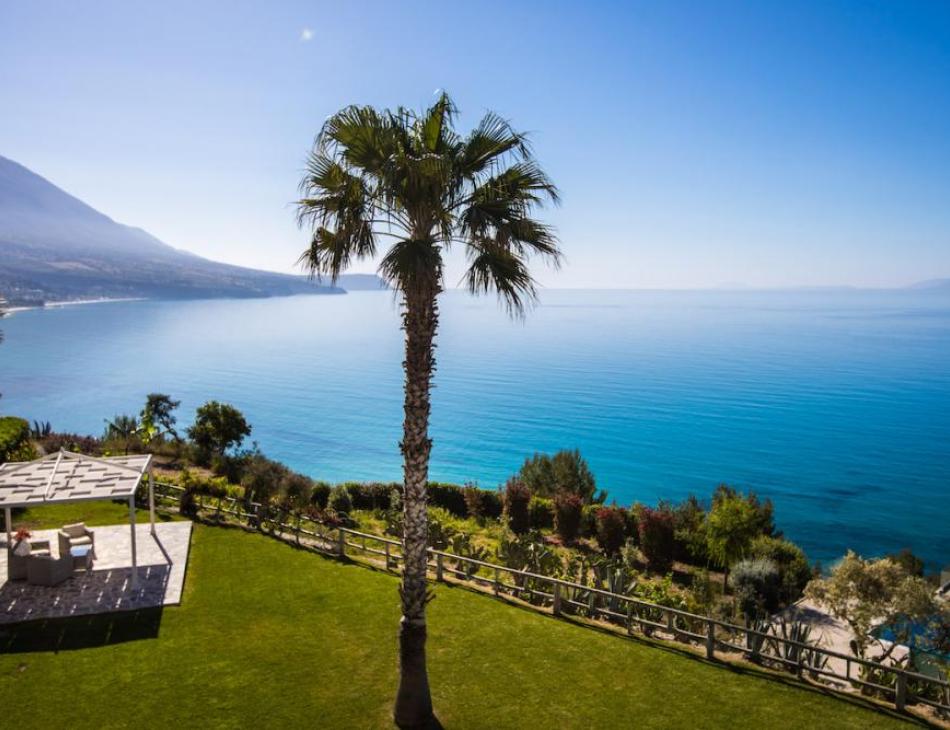 Within two weeks I was back! This time to the southern half, beneath her mountainous ridge, her bays of golden sand and her view of the neighbouring island of Zante.
The water is family-friendly as it slopes gradually to its depths under a smooth flooring of sand. The vivid colours of the blue sky, the Cézanne-style white rocks and brown earth all protrude in sharp, pronounced definition.

Certainly this island is very much at ease with its providence. Local life presides over the touristic giving it a languid timeless vibe. The men, in true Mediterranean tradition, sit about in their cafés, garrulous and gesticular, putting the world to rights. One shepherd complete with his crook and sheepdogs was herding his flock of two hundred at sundown with the sound of their bells chiming in the breeze. A pure and perfect setting of pastoral harmony.

I hired a car from Rentcarkefalonia (www.rentcarkefalonia.gr/en) run by the charming Apostolis. Their greatest asset was my being able to get away instantly from airport interiors and queues and literally a minute’s walk away down a lane with trees and I was already experiencing the warmth and nature that was to set the tone for my journey ahead.

Within twenty minutes I had come to where I was to stay at Villa Rosa (www.villa-rosa.com.gr), a select and classy set of self-catering holiday homes. The interior is super-clean and fresh and decorated with rattan and wicker baskets throughout and other creative and welcoming touches.

Outside are balconies at every angle from which to catch the sun or look out to the beautiful sea beyond. Set in a spaciously landscaped garden with a lush lawn that’s indulgently spongy underfoot are fruit trees, palm trees and flowers.

From my hammock I could enjoy the coastline that’s visible as far as Lourdas beach where row upon row of unfurling waves crashed into separate bays. I found watching these waves as mesmeric as the differing colours of the water that changed from Egyptian blue to mazarine, from turquoise to teal.

Villa Rosa comes with the dramatic backdrop of Ainos Mountain that rises to an impressive height of 5000 feet and has, as a spinal chord, a ridge comparable to Cape Town’s Camps Bay that at night is lit up magically as it seemingly reflects the stars above. In front the villa looks out over the shimmering Ionian Sea and beyond, forty miles away, to the neighbouring island of Zante (Zakinthos).

I walked down a steepish road from the villa in blissful silence to Denis Seaside Restaurant (www.deniskefalonia.gr). It’s the most romantic of strolls under a canopy of bright stars as I began my descent to hear and then see the waves lapping the shoreline.

The décor at the restaurant is an expression of the natural in all her simplicity. There are white wooden trellis panels, lights made out of driftwood, a carpet of pristine white pebbles, a roof made out of bamboo and even a rock that’s lit up at night to celebrate nature. I was able to continue my walk’s enjoyment of all the elements, entertained as I was by nature’s diversity of sights, sounds, smells and tastes. With no electronic artifice, it all felt extremely nourishing.

Another evening I went along the strollable strand at Lourdas beach. To dispel any thoughts of mosquitos I always recommend the natural Canelle Spray (www.cinnamonhill.com) that is very effective and has a cinnamon aroma far preferable to that of the citronella variety. I embarked on an enchanting climb up its own private path to experience the culinary secrets of Lorraine’s Magic Hill (www.lorrainesmagichilllourdas.com).

The food from her Magic Hill comes either from the sea or the restaurant’s organic gardens and its allotment. Lorraine delivers the spongiest of fresh bread and there’s no doubting the difference in taste of her homemade feta cheese made from goat rather than sheep milk. Another delight was her ‘melitzanosalata’ comprising roasted aubergines dip, made with goat’s yoghurt, garlic, parsley and herbs and served with pita bread.

I went for early evening drives when the light is at its photogenic best through villages as delightful as Kaligata and Spartia with the vivid colours of their walls and houses and the striking facades of their churches. By dusk a canopy of stars consistently would come out with confident clarity. The moon, once even orange in colour, shone with glistening effect upon the waves that were calm and agitated in equal measure.

The Greek Mediterranean diet is very organic. The local restaurants offered simple and authentic classic dishes: many of them coaxed out of grannies and aunts whose idea of a recipe was a pinch of this and a sprinkle of that.  And here back up the top of Lourdata is a strip of restaurants and other touristic attractions where the versatility of the locals is highly admirable as I met Marinos, very evidently the local fix-it man, owning not just his Captain Zorbas restaurant, with its wonderful upstairs veranda, but a couple of villas, a rent-a-car firm and even offering donkey rides.

Along this strip is the restaurant La Mer (www.spyridoula.com/index.php/la-mer-restaurant).
I chose from a range of salads that included Greek, rocket, summer and Caesar. This went perfectly with my honey roast pork, tempted though I was by the recommended pesto-baked salmon. For dessert what better I thought sometimes than the sheer simplicity of two scoops of dark chocolate-pitted ice cream.

Tucked away at the end of the road from the other restaurants on the strip is Chefalonia. The setting is at a perfect height to enjoy a panoramic view down upon Lourdas beach and across to what can often be in Kefalonia a spectacular sunset. Here I enjoyed a delicious vegetable moussaka and a traditional Corfu recipe of Beef Sofrito.

I must go back, whenever but soon!

Adam had support from Stansted Express (www.stanstedexpress.com) and reached Gatwick Airport via Southern Railway (www.southernrailway.com) as well as from Holiday Extras, the market leader in UK airport parking, hotels, lounges and transfers, who aim to find you a hotel and parking package that’s cheaper than the cheapest airport parking on its own (on two week breaks). To book the Hilton at London Gatwick Airport, visit HolidayExtras.com or call 0800 316 5678.
Prices at Villa Rosa Apartments (www.villa-rosa.com.gr) per night starting from E60 (low season) and E220 (high season) 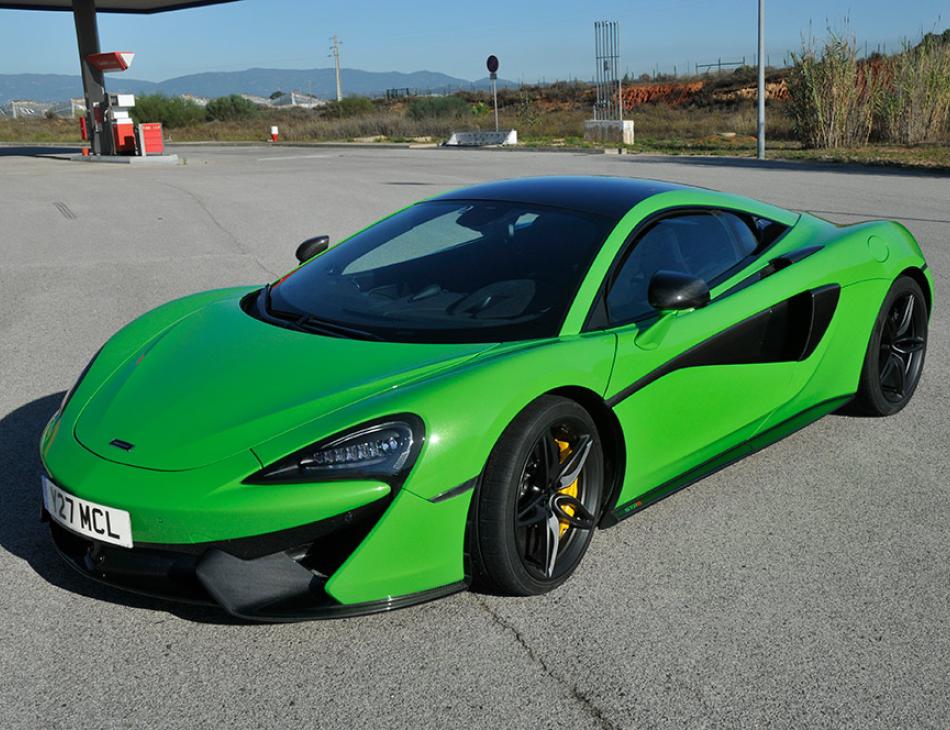 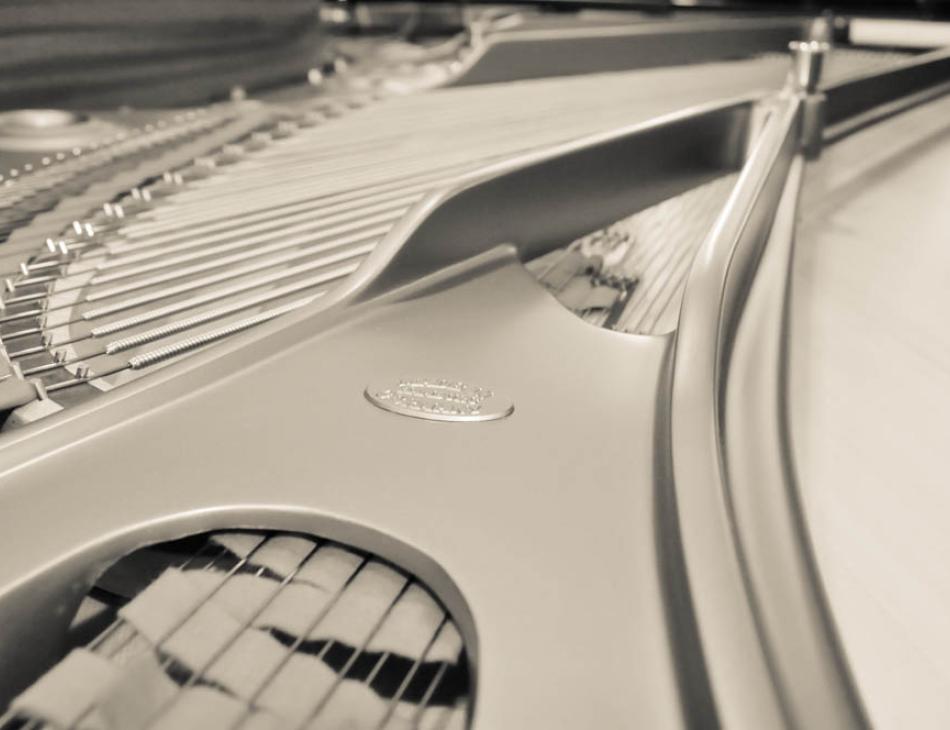 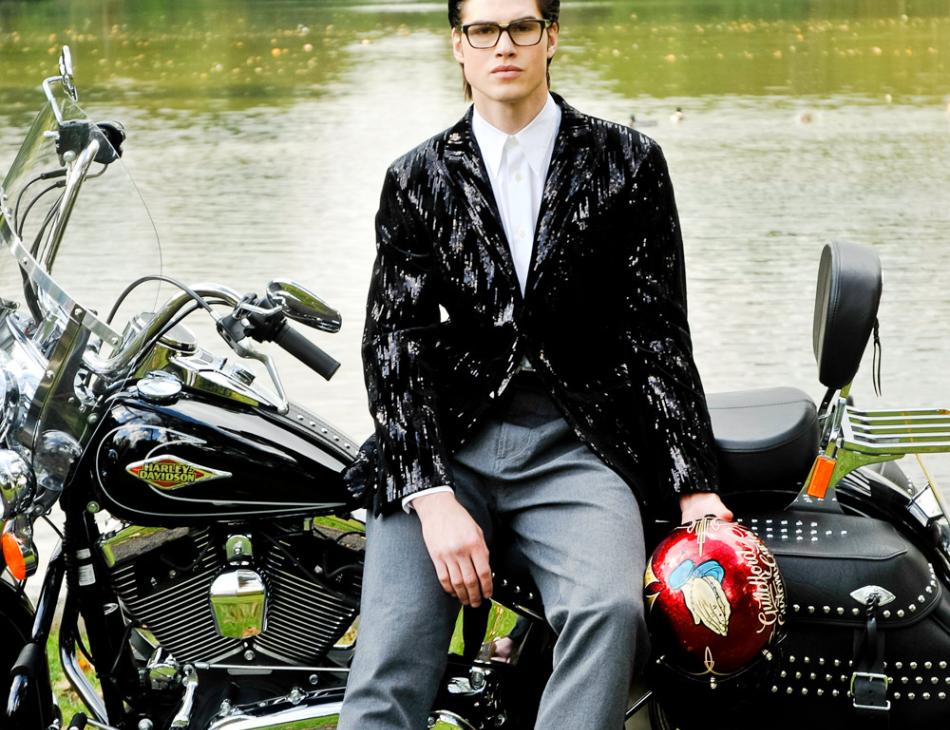 House of the Future Fashion by the Window 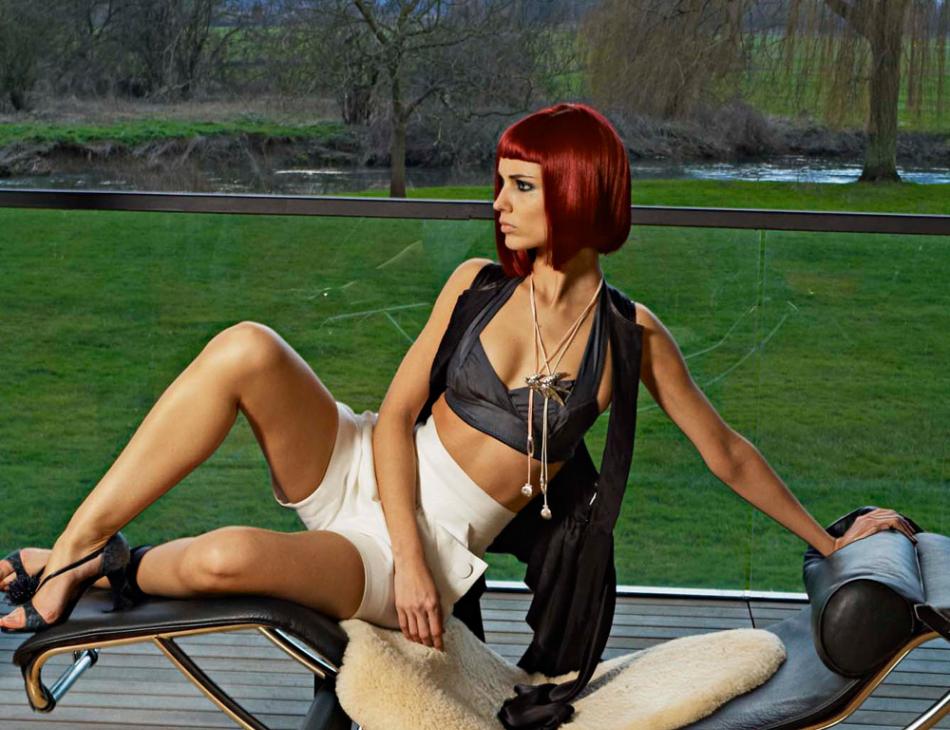 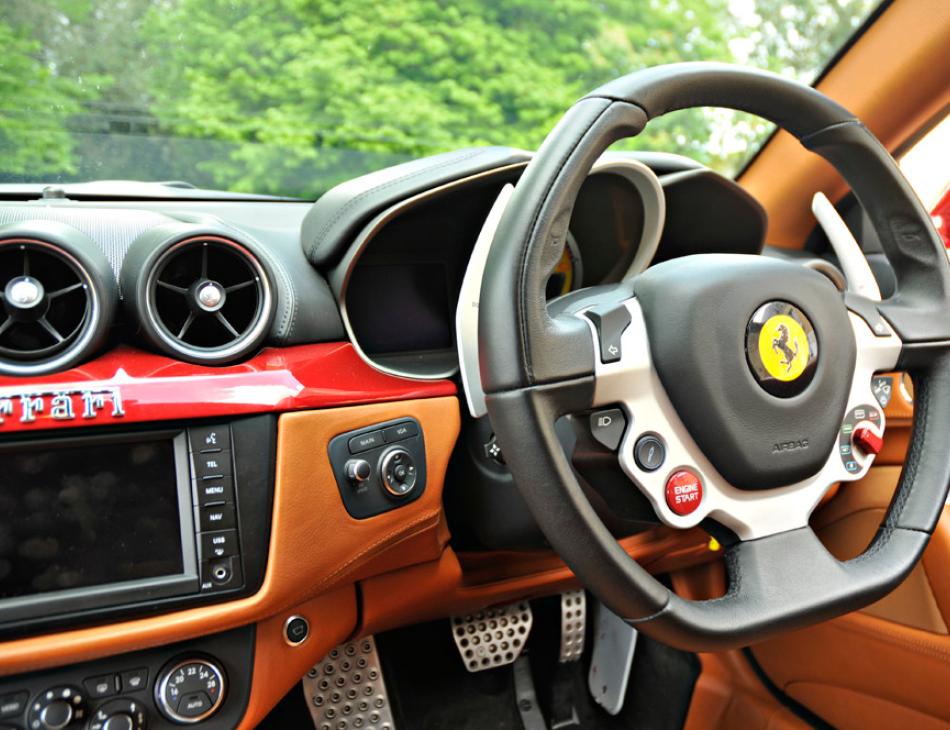 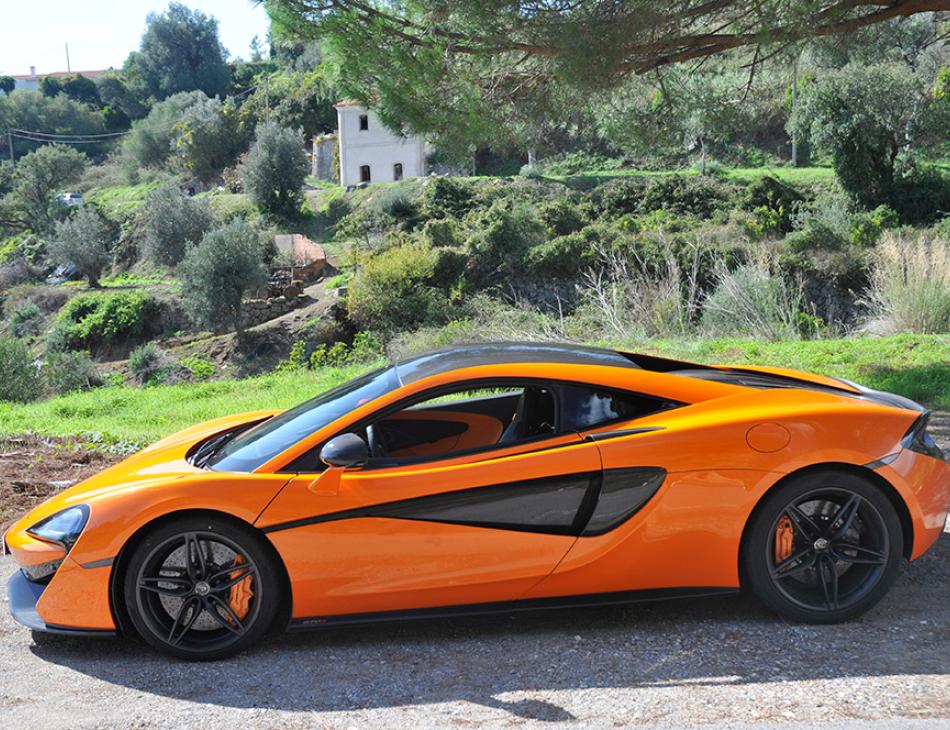 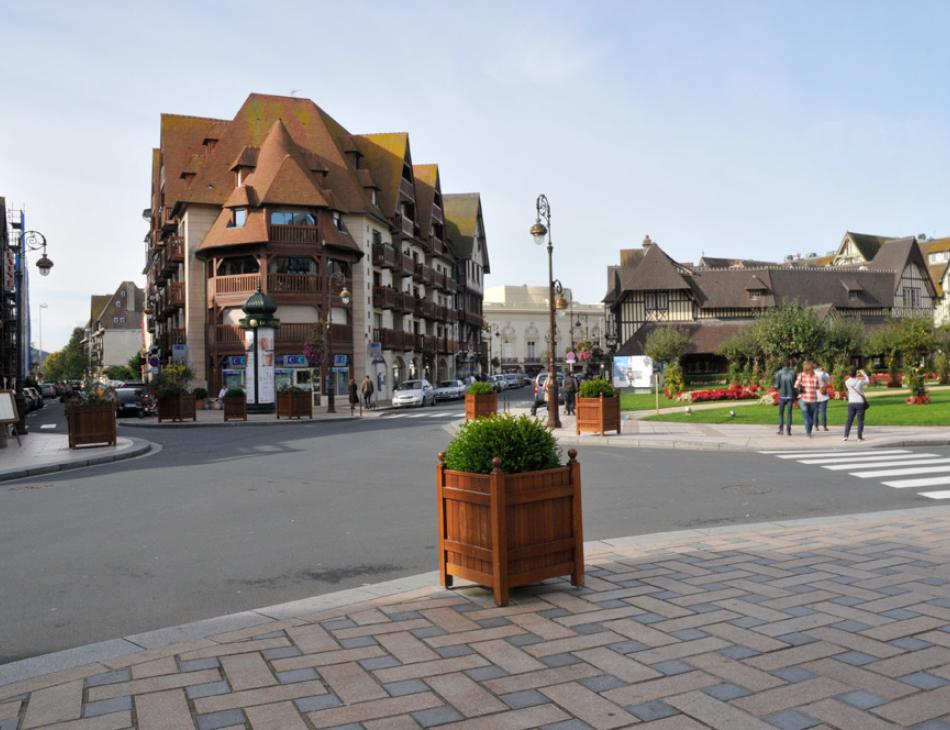 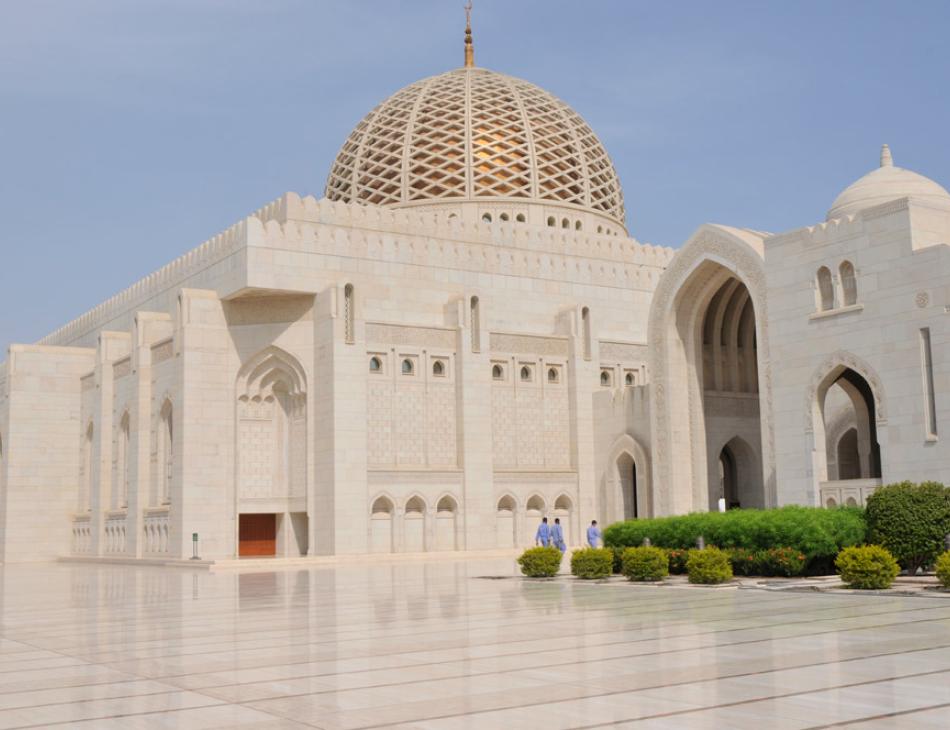