"The fight is here, I need ammunition, not a ride" 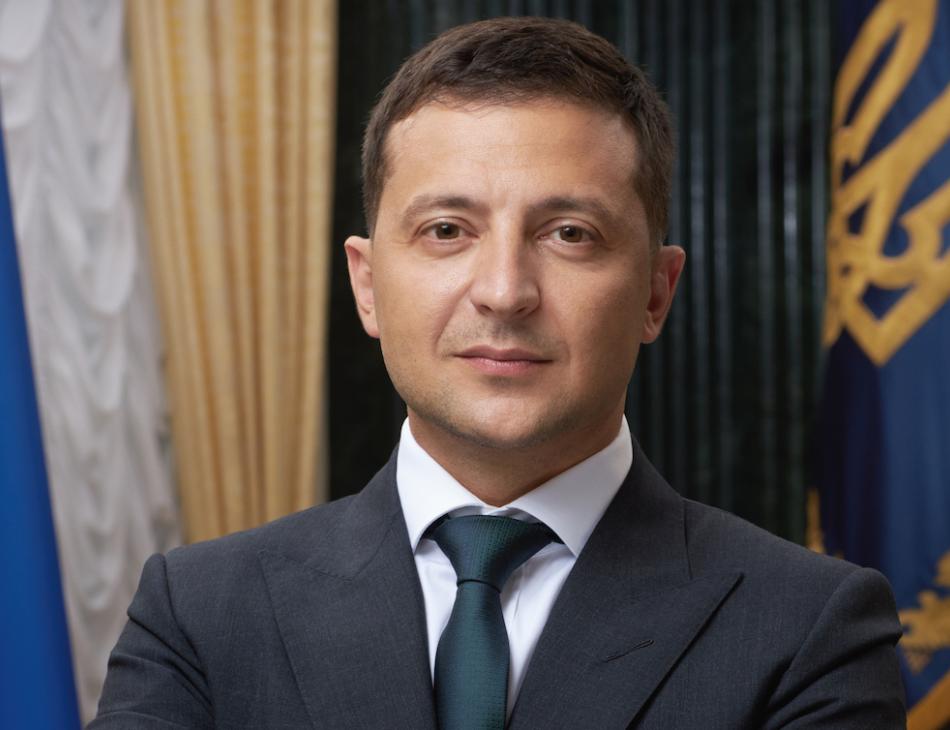 On the 20th of May 2019, Volodymyr Zelenskiy made international news by becoming the president of Ukraine. Most of the coverage focused on his past as a comic actor and for playing the role of the Ukrainian president in the TV series "Servant of The People".

Zelenskiy qualified as a lawyer at Kryvyi Rih National University and is fluent in Russian, Ukrainian and English. His background is extremely academic, his father is a professor and computer scientist and his mother is an engineer. However, his first love was comedy. When he was just 17 he and some friends signed up for a television comedy competition in Ukraine called KVN which they won in 1997. They toured with the show through many post-Soviet countries from 1998 to 2003

They then formed Kvartal 95 making romantic comedies and TV shows. These films were not sophisticated comedies, more Carry On than Love Actually, but they generally grossed more than three times their $3 million budgets.

Zelenskiy married his school sweetheart Olena in 2003 and they had a daughter, Oleksandra, in 2004 and a son, Kyrylo, in 2013. Amusingly enough he also voiced Paddington Bear in Paddington and Paddington 2 in the Ukrainian versions.

In 2015 he played a high school teacher who goes on to become the Ukrainian President after recording a viral video ranting against political corruption. The series ran for three years and was very popular. Then in probably the finest case of life imitating art Kvartal 95 formed a political party with the same name as the TV Series "Servant of the People" and in 2019 he was elected President of Ukraine with a 73% share of the vote.

The campaign was unusual in that it ran mostly on social media rather than in traditional newspapers and he conducted stand up comedy routines across Ukraine rather than political rallies.

His aim was "to bring professional, decent people to power" something the nation identified with, partly due to the rise of dishonest right-wing populist parties across Europe and the States.

Zelenskiy tried to bring proportional representation to the voting system, which was rejected, but he did manage to pass a bill removing legal immunity from lawmakers. Corruption has been at the centre of many of his campaign promises. He also barred Ukrainian oligarchs from privatising state-owned companies and the financial lobbying of politicians. He has also been supportive of Russians in Ukraine and attempted before the invasion to bring Ukrainians and Russians closer together.

On the 24th of February Zelenskiy gained worldwide recognition with an emotional plea to Russian citizens to stop the war as President Putin launched an all-out invasion of Ukraine. His direct appeals to governments, the people of Ukraine and the world have been extraordinary. He is honest, plain-speaking and articulate.

Zelenskiy has survived over eleven assassination attempts on his life since the war started as the Russians are fully aware that he is vital to the Ukrainian resistance and without doubt their strongest asset.

He has raised awareness, military funding and financial support unmatched by any leader in this or the last century for such a small country. His unique talent in convincing and shaming governments to supply aid to Ukraine has been unprecedented.

A perfect example of his communication skills is his answer to an offer of evacuation from Kyiv, as it was brutally attacked, to a safe location by The US and Turkey.

"The fight is here, I need ammunition, not a ride"

As he put it so succinctly, he was not leaving but staying to defend the city, and was well aware that his family would also be killed if they were captured. At the time, most thought Kyiv would fall pretty quickly.

Though of course, the Ukrainian soldier's response to a Russian warship was even pithier and was recently made into a Ukrainian stamp after having soared around the world as a hugely popular meme.

Zelenskiy's leadership has been invaluable throughout this war, his ability to rally other political leaders to support Ukraine is unparalleled in history.

As with his political campaigns his government has used social media to get their message out with enormous effect. Much of this war has been followed live on multiple social channels, showing the destruction of Russian tanks alongside the devastation of Ukrainian villages, towns and cities.

Zelenskiy's frequent direct addresses to the nation via video have played a vital role in the war, constantly reassuring people to correct negative propaganda and confirming the nation's defiance. His dignity, honesty, decency and ability to reach people have turned this stand-up comic and actor into a leader that all admire and a tremendous force for good in resisting the Russian invasion.

These links below are all good reputable charities helping Ukraine: