Day In The Life Of Endurance Racing Driver Phil Hanson

"Imagine F1, F2, and F3 all racing at the same time, you would have the F1 cars fighting amongst themselves whilst always having to pass the slower classes.” 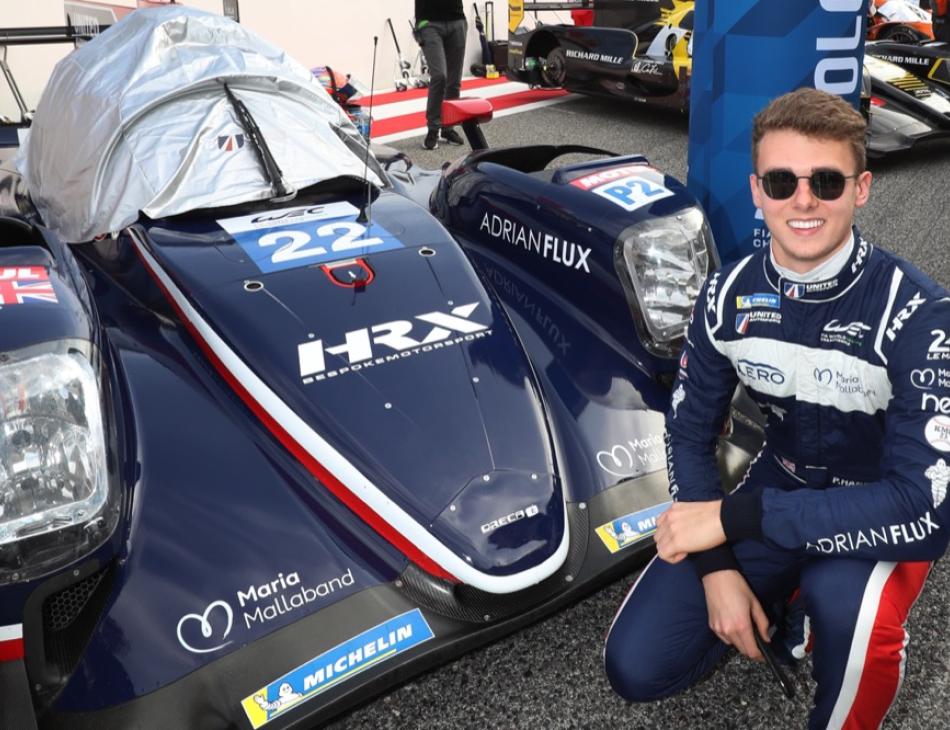 Phil Hanson is a young driver to watch in the field of endurance sportscar racing and last year he had his most successful season to date.

He was crowned World Endurance Champion, the youngest driver to achieve this, won the European Le Mans Series and was the youngest ever Brit to win the famed 24 Hours of Le Mans.

He’s was also the first driver ever to win Le Mans and hold both the WEC and ELMS titles in the same year.

Always sporty as a child Phil enjoyed playing football, rugby and cricket and found he had that natural competitive edge.

However, it wasn’t until he first went karting on holiday in Ibiza when I was 10 that he got the rush for motorsport.

He started racing competitively at 15, which he commented is actually quite late in the field of motorsport, where youngsters can begin racing as young as four.  He then went from strength to strength and eventually got spotted and was lucky and talented enough to be able to turn his passion into a career.

We sat down with Phil to chat about what is takes to become a professional driver and how he spends his time both on and away from the track.

The WEC season (World Endurance Championship) starts in March and finishes in November, the races take place all over the world from the US to Fuji to Europe and Bahrain.

Even during off season fitness is key to Phil’s routine and something that he needs to maintain to ensure he stays top of his game.

Phil said: “Physical and mental fitness is key in the sport, so I train hard, usually 5-6 times a week for about 90 minutes a session.

“To put it bluntly travelling at speeds of over 200mph how physically and mentally prepared I am can make the difference between crashing and winning.

“My workouts are programmed with my specific needs as a racing driver, as well as targeting my weakest areas, making sure that I can also prevent injury throughout the season. Full body strength and conditioning is the best description for what is needed, as racing is very much a full body driven sport.”

When the season starts Phil typically gets anywhere between a week and three weeks break in-season between races.

“I normally train right up to the point at which I travel to the venue and once at the venue, on a typical 5-day race weekend, I sometimes do some steady state cardio as light conditioning the day after my travel and nothing on the days of testing and the race.”

All the races differ in terms of their duration and how Phil spends his time but he will usually travel with the team and spend 5 days in and round the circuit. There is a lot of downtime where Phil spends his time training or relaxing. In addition to this a typical race will include qualifying, team briefings covering strategy and a run through of procedures and race directions from officials. There will then be meetings with the mechanics and warm up laps.

Phil competes in endurance racing which are closed cockpit race cars and double, triple and are sometimes 12 times the length of an F1 race. There are up to three drivers per car to split up the time, pit stops with tyres as well as fuel and driver changes.

“Endurance racing is in many ways the same as any other forms of motorsport in that it’s a race between cars for a set length. Endurance racing differs in that the races are anywhere between the typical 4/6 hours and the longest, 24 hours. There is also a team of three drivers rather than just the one who share the driving equally across the length of the race meaning we have driver changes in our pit stops as well as fuel and tyres.

“However, the biggest difference is that it is multiclass, so there are classes of cars with different speeds and regulations all racing on the same track at the same time.

“What this means is that not only is there far more overtaking, but there is an element of ‘traffic’ involved when battling for a position with a competitor in your class you will regularly come up behind the slower class battling away in their category with enormous closing speeds making it difficult to judge an overtake.

“Simply put, imagine F1, F2, and F3 all racing at the same time, you would have the F1 cars fighting amongst themselves whilst always having to pass the slower classes.”

Of all the races in the season, Le Mans is arguably the most famous and most prestigious.
“Le Mans is probably the one everyone wants to win. It’s a total assault on the senses and is filled with one of the most manic parades in the world.”

Last year prevented the usual crowds attending the famed French race but typically drivers are taken through the town in classic cars with around 250,000 fans lining the streets and track. There’s signing of autographs coupled with media interviews and events.

Phil said: “Le Mans is pretty full on and a definite experience like no other.

“It’s 24 hours of non-stop racing going through an entire day, dusk, night, dawn, and day again. Battling lack of sleep, rest, mental and physical fatigue to ensure I’m not making a mistake at 340kph down what for the most part is modified public road on the historic Le Mans circuit.”

With all the hype and prestige does Phil approach this race differently to others in the season? “Not really, I think I have always gone about it as any other race. It’s easy to get put in a different mindset with all the build-up and hype there is in the days leading up to the event, but once I hit race day its business as usual.”

Sadly when Phil won Le Mans there weren’t any crowds to cheer his victory and also his friends and family weren’t allowed to attend.

This didn’t dimmish the win though. He said: “It took while to sink it. It felt like such a relief as I thought we had thrown it away in the last 30 minutes with everything kicking off with the safety car and the slow zones, so it was rewarding to get it done and to win the championship as well.
“These are the two goals we set out to achieve at the start of the year and you are never 100% confident that you can achieve them as the grid is so competitive and anything can go wrong at Le Mans, especially in the style we did it in too – pitting right at the end and not knowing if we would make it out in the lead again or of the other car had to pit. It makes it even more of a rewarding feeling.”
So what’s next for Phil and what ambitions does he have for the future: “Last year I set out to win my first race in WEC. To be honest I haven’t sat down and looked at anything I’ve done up to now as a massive highlight in my career. Not that I don’t appreciate what I have accomplished so far, but more the fact that the seasons go by so quickly, I just want to keep up the momentum of hitting the next target whatever that may be.

“Winning Le Mans was always that target for me, so any other accolades that come along with that win never overshadow it. I didn’t set out to be the youngest Brit to win Le Mans, I just wanted to win.
“Moving forward I want to progress into the top class of WEC, whatever that may be in the coming years and work towards accomplishing the same as what I have already done in these last couple of years in LMP2.”

Finally for any budding drivers wanting a career in the industry what advice would Phil give? “Make sure it’s something you really want! It’s such a competitive industry and you really have to be willing to sacrifice a lot to achieve. I’ve seen a lot of people get into it for the lifestyle and the parties but at the end of the day it’s a 7 day a week job with a lot of pressure and commitment. You can still get into racing at an older age and be a ‘gentlemen driver’ as they are known. That’s not in the endurance category necessarily but there are lots of racing category’s where they are regular fixtures.”

Phil’s first race of the WEC season will be at Sebring on 19 March. For more information visit: https://www.philhanson.racing/ 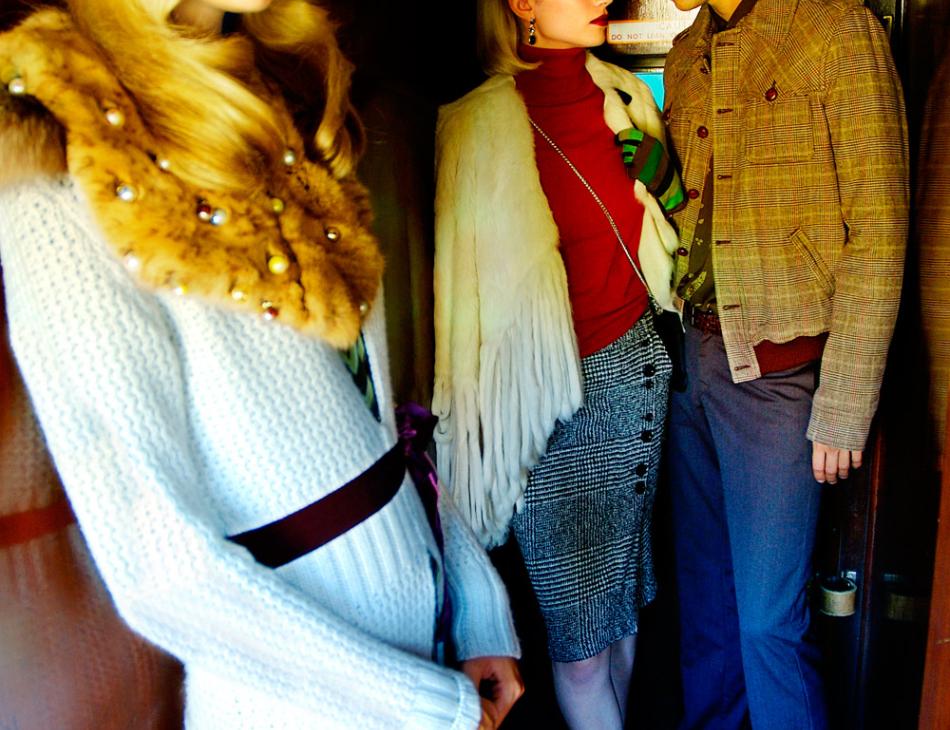 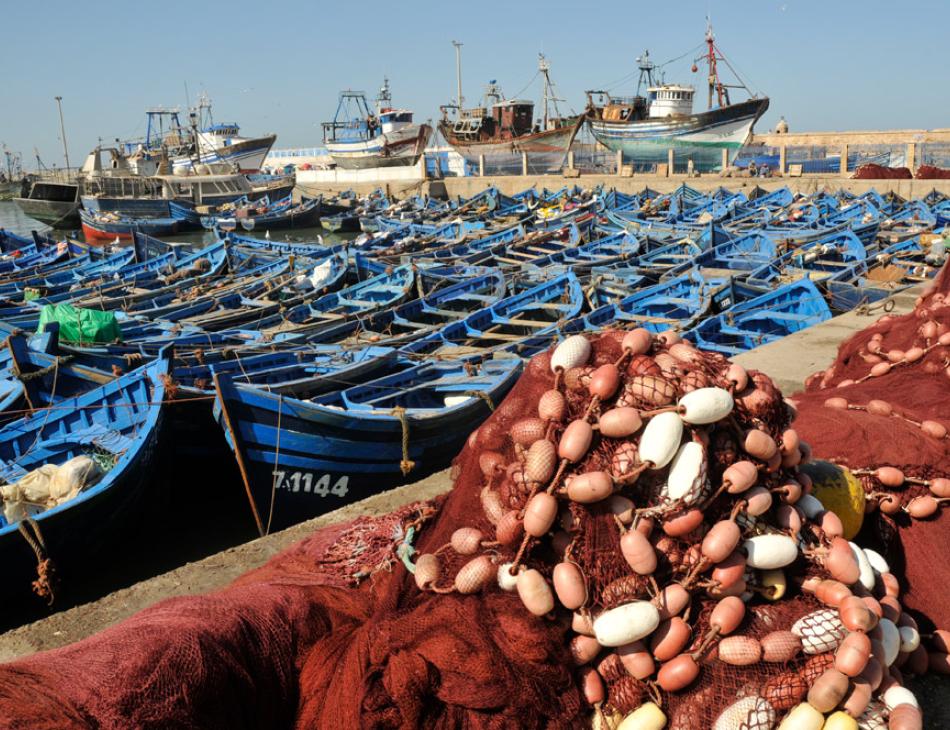 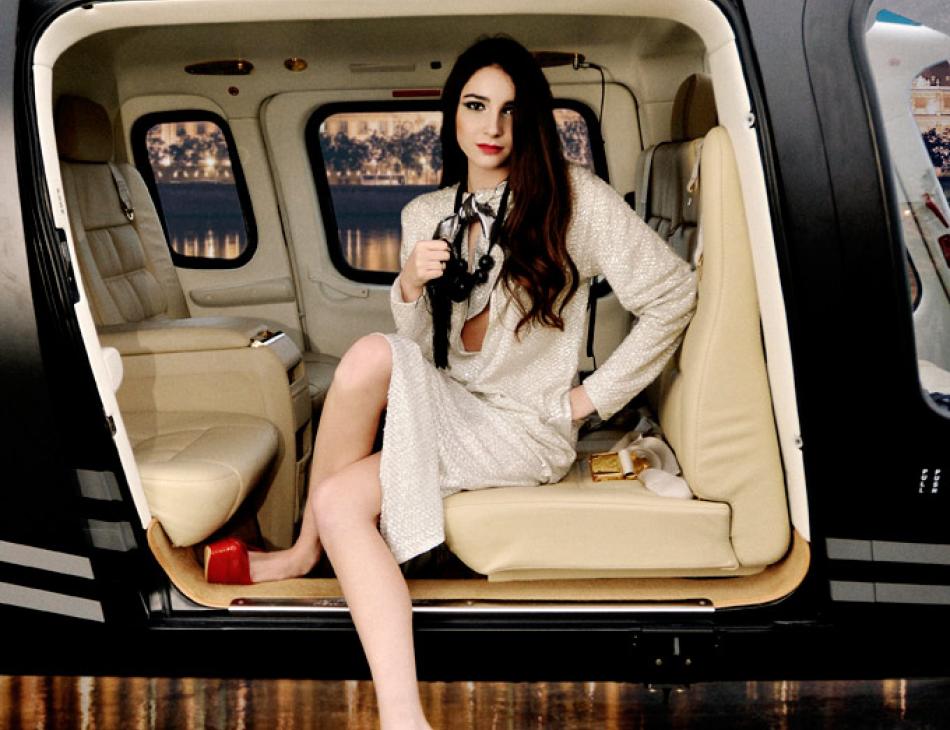 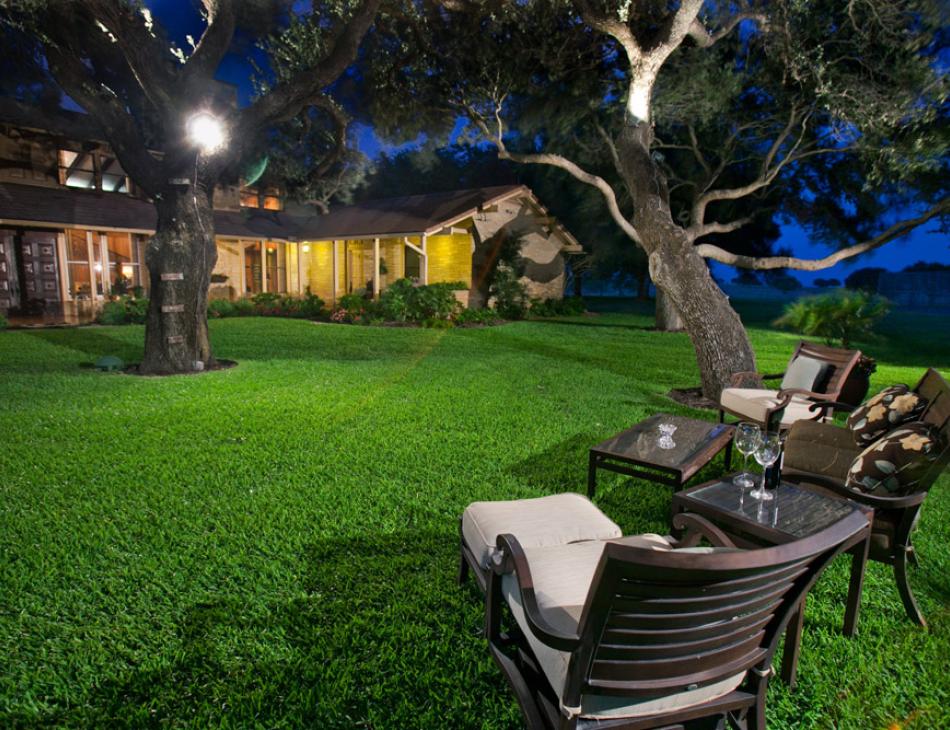 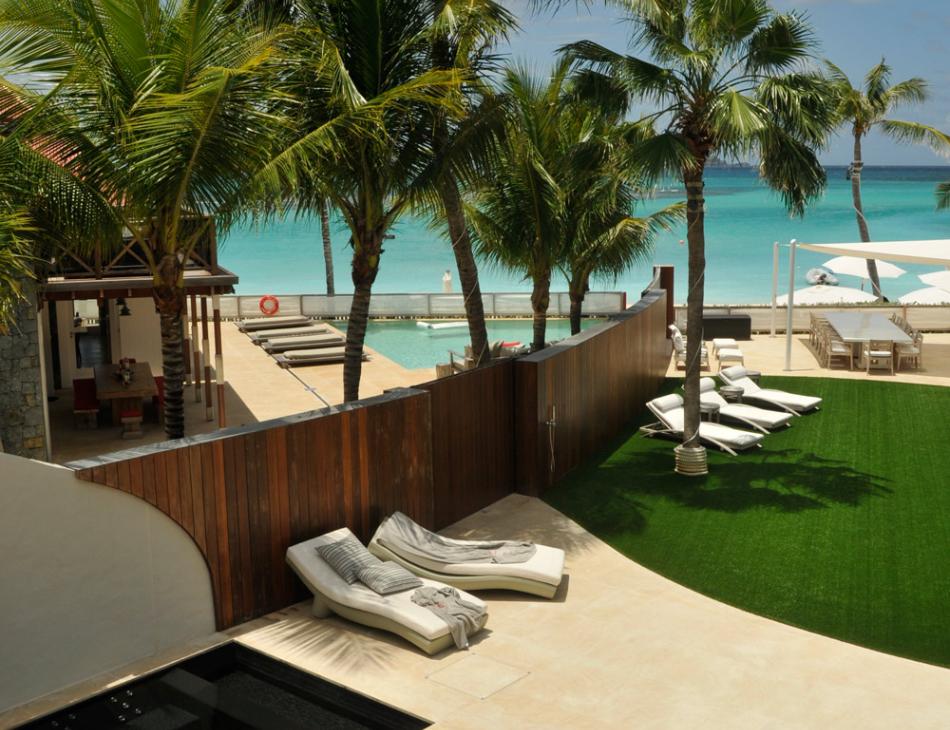 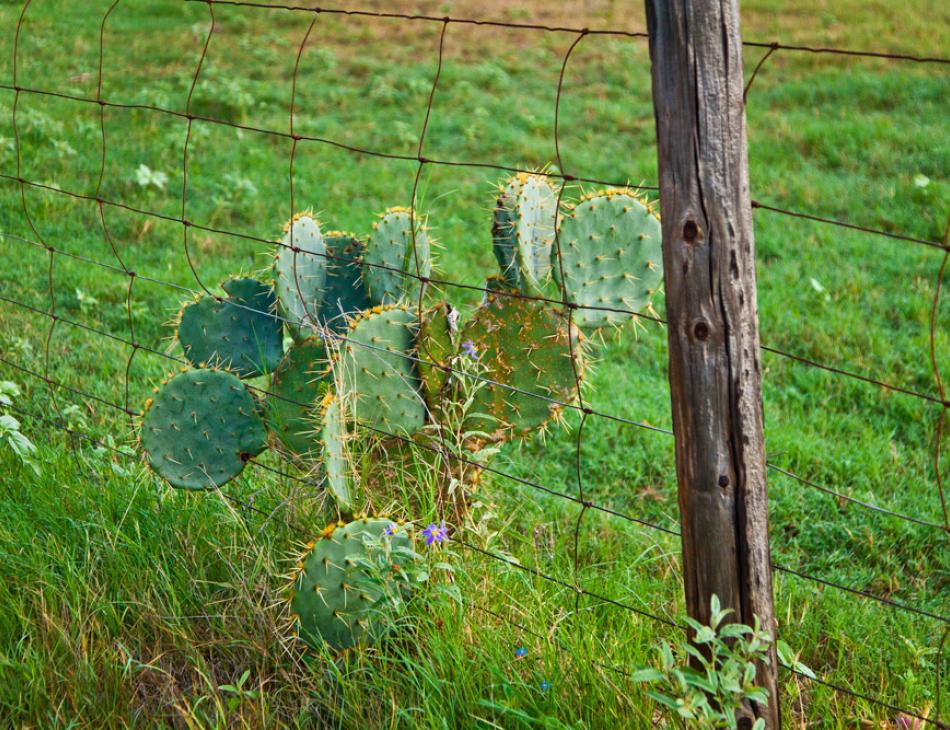 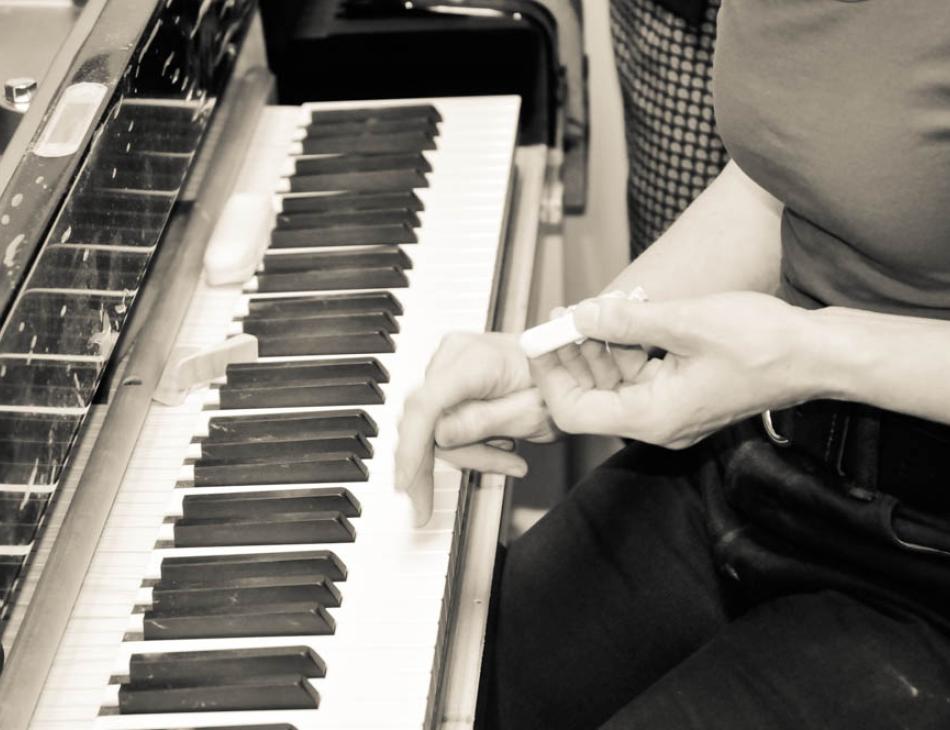