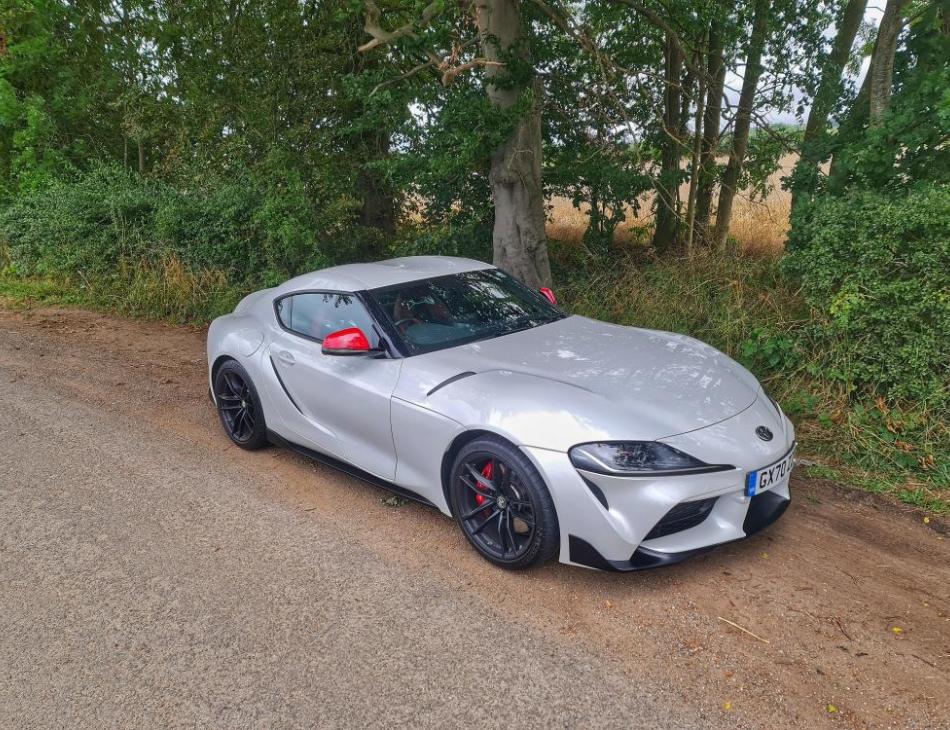 When Toyota first announced they were bringing back the Supra I was like an excited child on the run-up to Christmas.

I was 6 years old in 1978 when Toyota released the first Supra. It was actually called the Celica Supra over here until 1986 when the 3rd generation Supra was released and the Celica connection was dropped.

In 1993 Toyota unleashed the mighty mk4 Supra on the world. This was an instant legend, with the now infamous 3.0L 2JZ-GTE twin-turbo straight 6 engine that produced 326bhp as standard and had massive tuning potential…...and tune them they did. Tuned examples were making in excess of 1000bhp in the ‘90s, which was massive back then. Mk4 Supras and the 2JZ-GTE are still regularly used in the heat of battle today.

The Supra was dropped from European price lists in 1998, living on in Japan until 2002. The king was dead.

In 2019, after a generation of wishful thinking, Toyota finally released the new 5th generation Supra and it was superb. The Mk5 was released with a 3.0L turbocharged straight 6 engine, supposedly 335bhp (but many have been tested by their owners and found to have more bhp). This is a fast and agile sports car that we were lucky enough to test a while ago.

Toyota recently released a 2.0L version of the GR Supra. Is that just a watered-down version of the 3.0L? Is it all show and no go? We had one for a week to find out.

The main difference is under the bonnet, where you will find a 4 cylinder producing 254bhp. You would be forgiven for thinking the 3.0L might be more of a grand touring car and the 2.0L, the more frantic sports car. In reality, it's the other way around. The 2.0L, probably because it has less power, is less frantic, more civilised and a calmer drive. The chassis is still superb and it's a real event to drive.

Walking up to the beautifully sculpted, curvaceous coupe sends a shiver down your spine. Open the door and slide into the low, cosseting driving position and you feel special.

The 2.0L has a little less equipment than the 3.0L but is still a well-equipped car. It's responsive and makes very good progress, but is less aggressive than its bigger brother. The chassis is superb and in some ways, less power makes the car easier to drive; the performance is easier to manage and exploit for example.

This Supra makes a superb grand tourer. When you are not in sport mode, the electronics ensure smooth and economical progress. For example, at 40mph, you are usually already in 6th gear. The car cruises effortlessly on faster roads and you feel special doing it. Heads turn everywhere, and you are unlikely to see another.

Overall, I'm a big fan. This doesn't feel like a watered-down Supra, it feels like a different car with some shared attributes.

Inevitably it's compromised. It's a two-seater, it's low and visibility isn't great, but I love that about it. It's very capable, very well built as you would expect, is an excellent car to drive and in my opinion, does what a car should, it makes feel good.​